Review: Sunday in the Park by Bastrop Opera House
by Michael Meigs 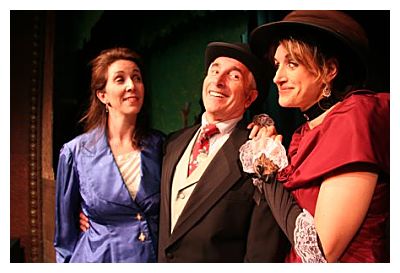 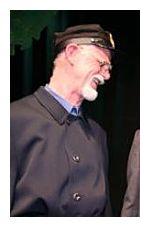 They draw on songbooks of the era, lightly and whimsically staging almost 50 songs with fetching melodies, most of them familiar. These are the agreeable melodies you might find on player piano rolls or, once upon a time, in the yellowing music sheets inside Grandma's piano stool. The large cast performs them with affection, in a succesion of tableaus and skits without spoken dialogue (except for "Delaney's Donkey," a mock-epic comic tale about a village race, done by Nick Collier in his character as the village policeman).

Bastrop's 1889 Opera House, the setting for the production, hosts this fantasy with grace. The premises have been restored with care since it was chartered as a non-profit back in 1979. One intuits its previous service as movie theatre and youth center. The stage at one end of the enormous square hall is raised almost six feet above the audience, an arrangement that can obstruct sightlines when action is played at floor level. Lighting bars suspended above it are fed by a tangle of orange extension cords. 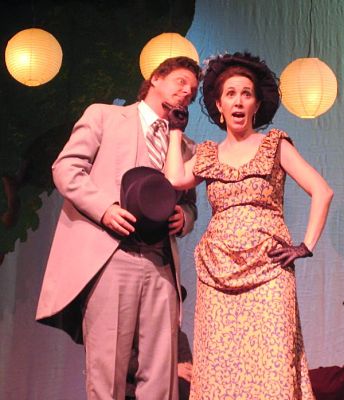 The cast features 16 adults and 12 young persons, all in cleverly designed and finished costumes of the era. Costuming alone must have accounted for some of those thousands of hours of preparation for this show. For example, Lisa Holcomb has three changes of costume, each of them striking. 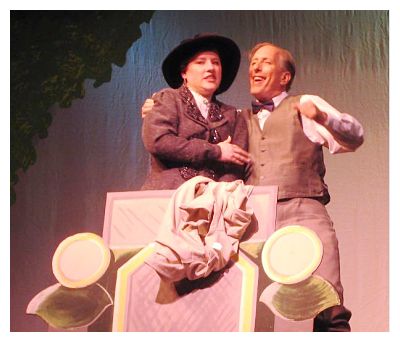 The agreeable impression created by this staging is that these folks are, indeed, our neighbors, in some happy green world. They exist in a time without worries, one where baseball games, Model Ts, and rowboats are the icons, and the Great World War never takes place. Since they are our neighbors, we don't mind over much if there's disparity in their vocal and thespian talents.

Since this is, literally, a music hall performance, the cast could have benefited from greater emphasis on vocal projection. Some of the gentler lyrics are less audible. 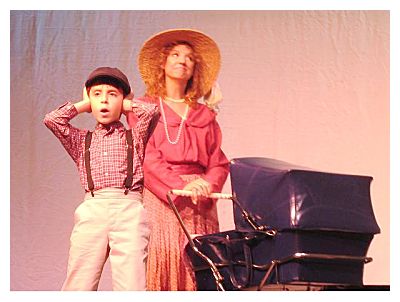 Among our favorites: Richard Dodwell's "I Wonder Who's Kissing Her Now"; the company's rendition of "The Sidewalks of New York/Bastrop"; and solemn young Jared Ballejos' "Can't You Take It Back and Change It for a Boy?" 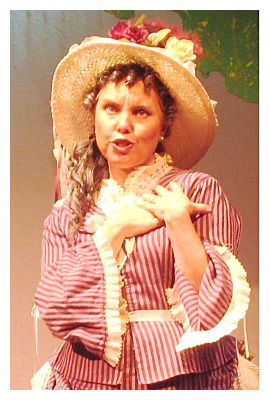 Sherry Witte has a happily rollicking stage presence, and Lisa Holcomb is confident, droll, and a fine singer. Danne Absher clowns with great finesse and appeal.

Click to view program for Sunday in the Park 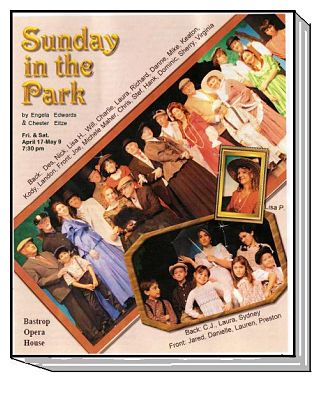