Review: Secrets of a Soccer Mom by AtticRep
by Kurt Gardner

Theatergoers who will get the biggest kick out of Secrets of a Soccer Mom are, well, soccer moms — and perhaps the husbands and children who likewise have a ball in the game. For others, it’s pretty routine stuff.

Kathleen Clark’s one-act plumbs all-too-familiar territory in its depiction of three young mothers who gradually bare their souls as they play a Sunday afternoon match against their sons.

As they sit on the sidelines awaiting their turns, they deliver feisty snippets about the state of their lives, which include their marital woes, the nagging feeling that opportunity is passing them by, and the subsuming of their own identities in order to care for the other human beings in their lives. 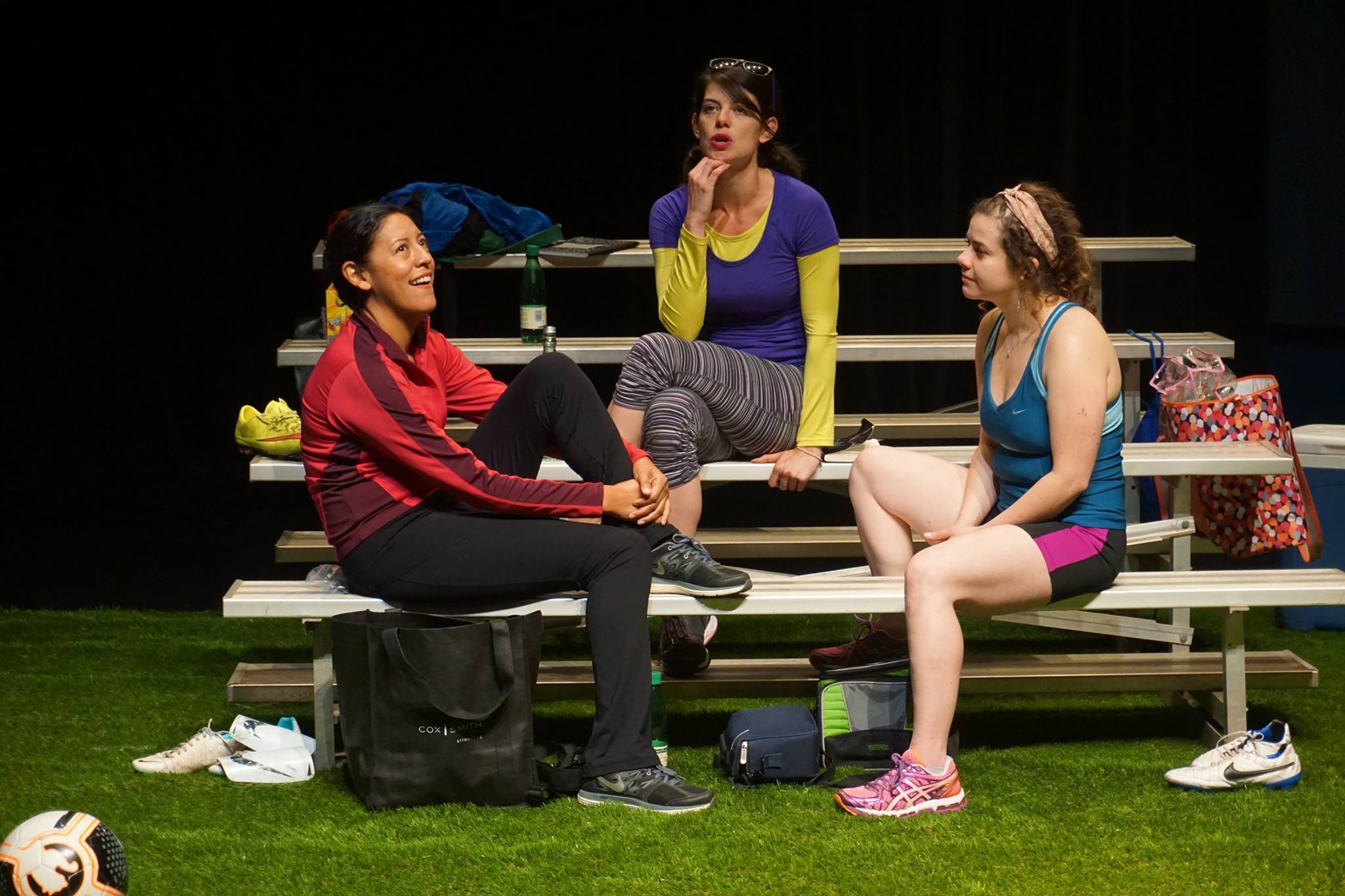 Lynn (Georgette Lockwood) fills the void by being a super-organizer, planning plenty of extracurricular activities with the kids in her charge and constantly guilting the other moms into volunteering their time. Nancy (Anna DeLuna) views life with a more cynical eye and sneaks the occasional sip of wine to bolster herself. Alison (Maggie Tonra), seemingly the most gung-ho of the three, actually becomes the most complicated, hiding a crisis of conscience that she gradually unveils throughout the course of the 70-minute show.

As a theater piece, Soccer Mom is pretty slim. The characters don’t acquire much more dimension at the conclusion than they had at the beginning, and the emotional level throughout remains rather flat. The jokes are mostly sitcom-style (ogling a male coach, making fun of the clothes another mother is wearing), but when Alison finally confesses her problems, reassurance comes to her from a surprising source — the previously apathetic Nancy, who delivers an evocative monologue about gaining perspective. Sadly, this speech is the only moment that contains the depth of character Soccer Mom is crying out for.

The AtticRep production does have some bright spots. Lockwood, DeLuna, and Tonra do the most they can with these simply-sketched characters, and their charismatic performances help to make the evening more enjoyable than it should be. Director Marisela Barrera works hard to punch up the laughs, and Martha Peñaranda’s simple set design is attractive.

Secrets of a Soccer Mom plays Thursday through Saturday at 8 p.m. and Sunday at 2:30 p.m. through April 17 at the Carlos Alvarez Studio Theater, Tobin Center for the Performing Arts, 100 Auditorium Circle. Tickets can be obtained online or by calling (210) 223-8624.

Secrets of a Soccer Mom
by Kathleen Clark
AtticRep

available on-line via the Tobin Center 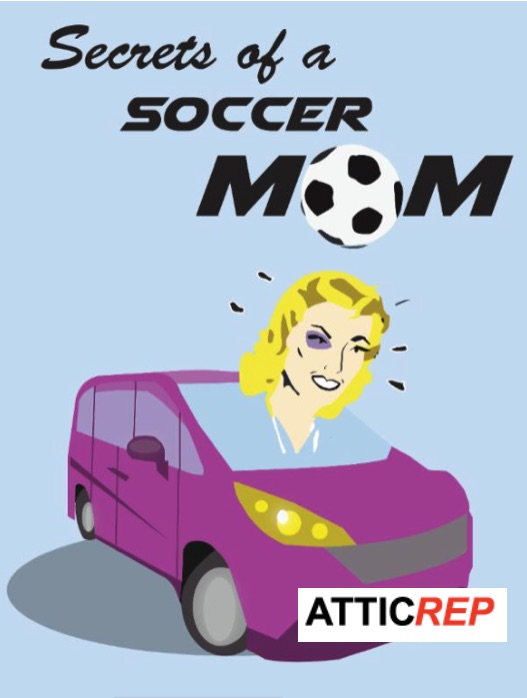 AtticRep, formed in 2005 by a group of San Antonio theatre artists, was housed in Trinity University's Attic Theatre and uses local professional actors, designers, and directors, as well as …