Review: The Barber of Seville by Austin Opera
by Michael Meigs 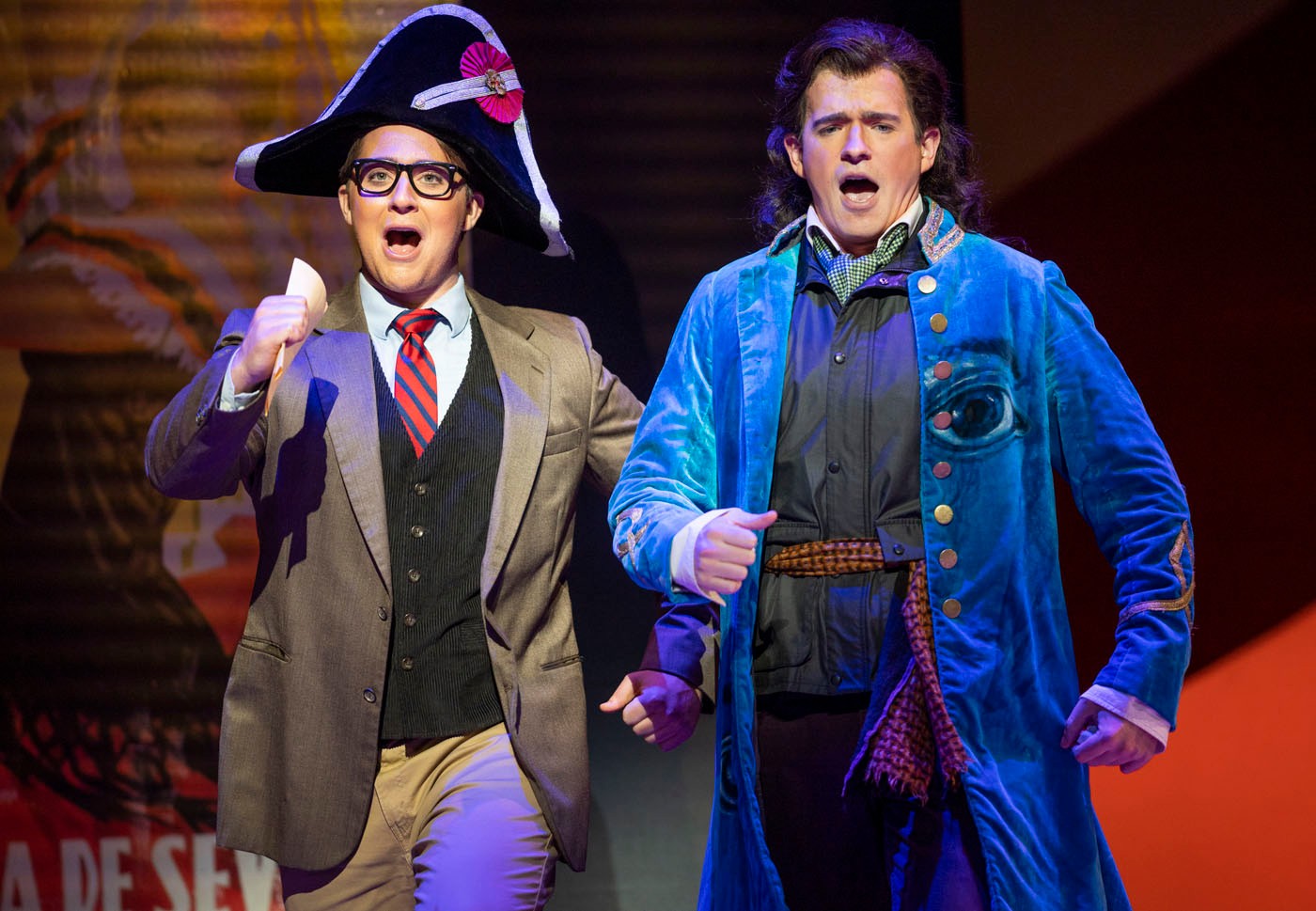 Rossini's The Barber of Seville is—and except for its 1816 opening night, always has been—great fun. Classic comic types are here, familiar from a tradition stretching to the present from early Roman comedies and the commedia dell'arte: a yearning ingénue (the soprano) about to be married off to an unsuitable suitor (a bass); the clever, handsome young man courting her in disguise (a tenor) with the help of a comic trickster (a baritone).

Librettist Cesare Sterbini reprises the story of a 1775 Beaumarchais play, a familiar, stereotypical storyline with the predictable happy ending. Perhaps unfortunately for Rossini, the plot had already been turned into three other Italian operas by as many composers, and fans of the most recent one disrupted the first performance of this work. It didn't help that Rossini's cast and orchestra were sadly underrehearsed. They'd put it together in only two weeks.

Stock characters and predictable plots will disappear quickly—unless they're transformed by genius (vide W.  Shakespeare). Rossini's glorious melodies impel the characters through increasingly farcical antics. More than two centuries after its first performance, this work  is alive and sparkling, one of the most familiar in the repertoire.

That very fact poses a challenge. How do a director and design team avoid rendering this revered two-hundred-year-old in a fashion that's not threadbare and overfamiliar? 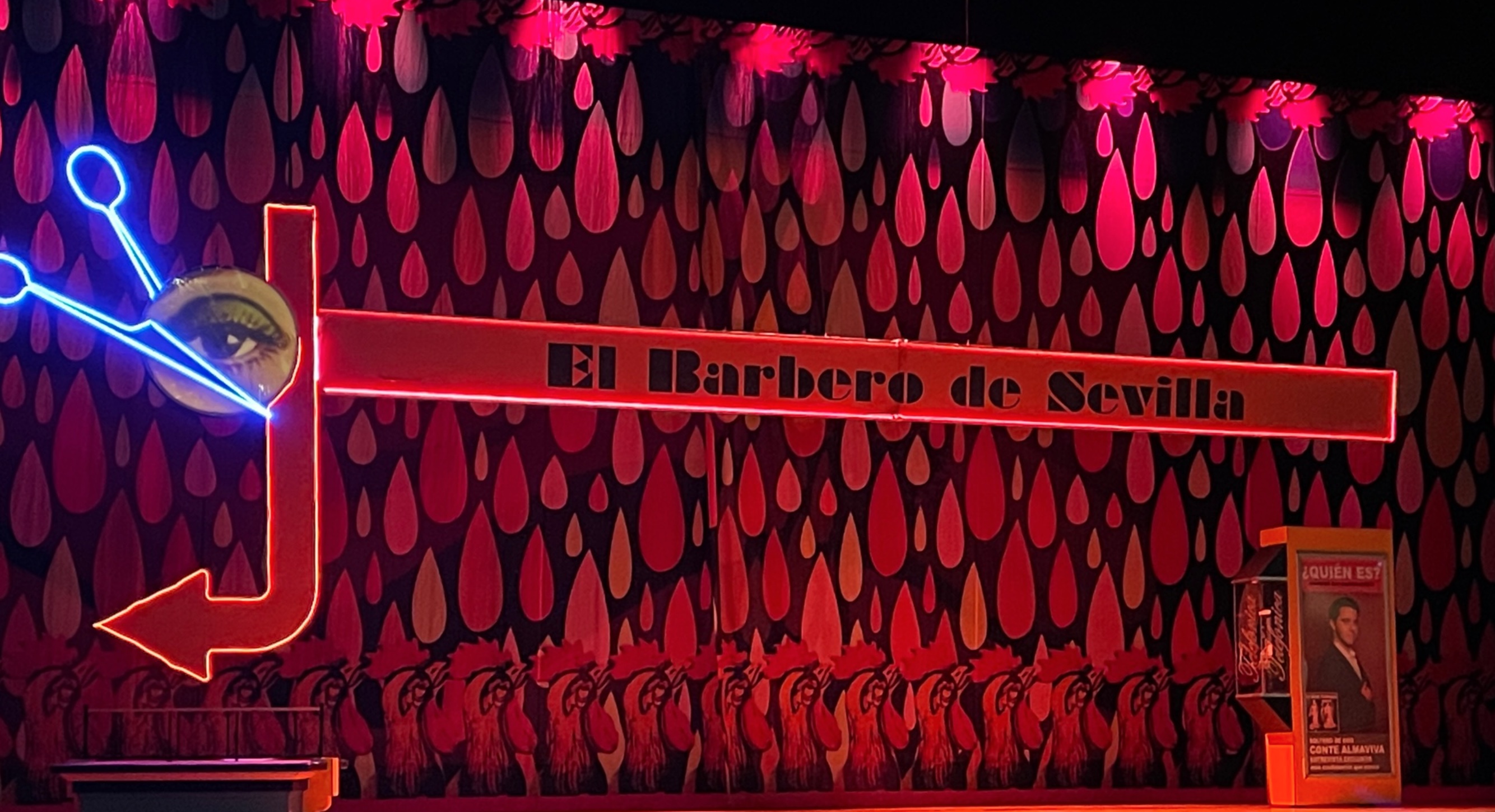 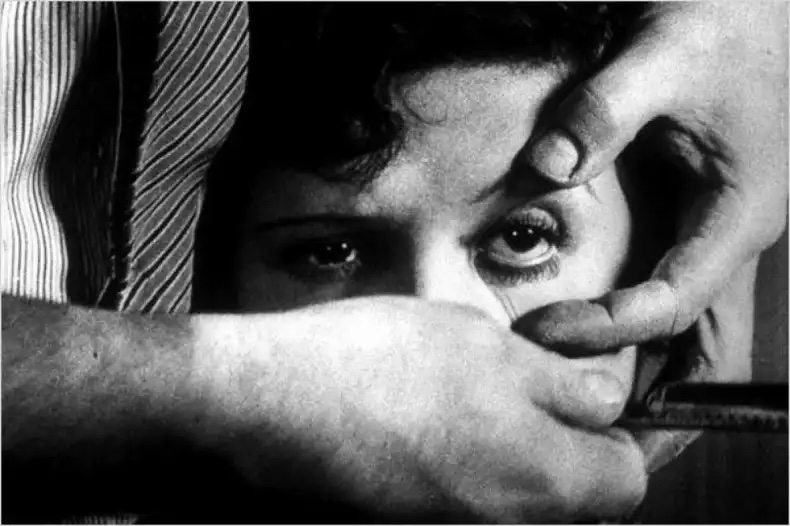 A deep-red display confronting the arriving audience roused misgivings. What kind of fun could be expected behind this elaborate reference to Salvador Dalí's grim black-and-white film Un Chien Andalou?

Utah Opera announced that Michael Shell's "vivacious and eccentric" staging would open in March, 2020. COVID hit. It got onstage only in September of 2021. Schell pays homage to Spanish cinema director Pedro Almódovar. He wanted the production firmly anchored in Spain (Seville, after all!). Almódovar's films are quirky and often surrealistic, although with distortions of reality distinctly different from those of Dalí. They also provide latitude for more fluid interpretations of character and sexuality. 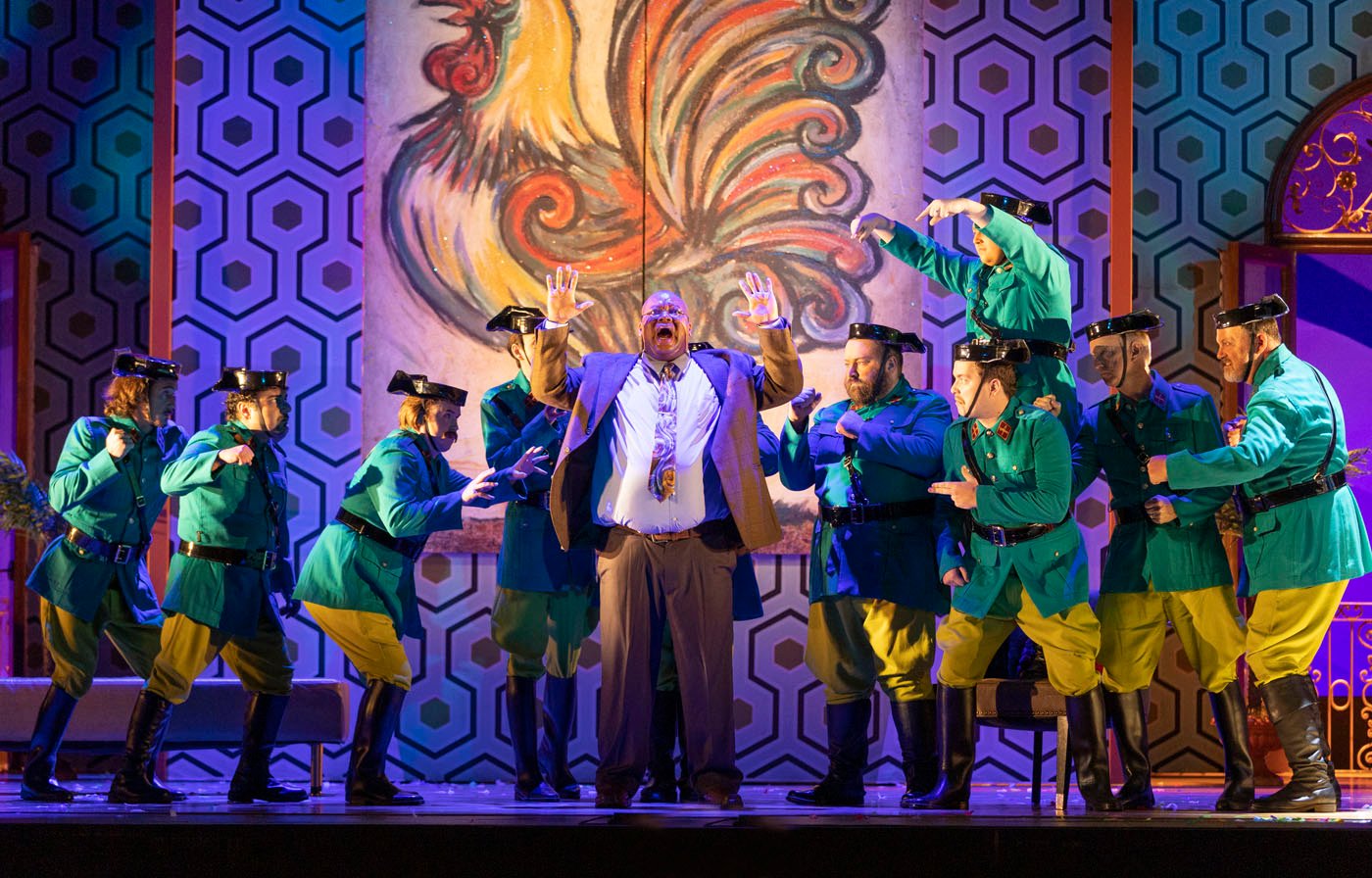 The design team picked up Shell's ideas and tore off at a happy gallop. Costume designer Amanda Seymour's comic invention in fabric colors and accessories, sets by Shoko Kombar recycled from a 2014 Philadelphia production, and lighting designer Driscoll Otto's rapid, dazzling imaginations create bright absurdist visuals that demonstrate how happily malleable this libretto is. Imagine the flat-hatted Spanish guardia civil in canary-yellow jodphurs and flaming teal tunics; a strolling matador in an emphatically pink cape; and a crowd of supernumeraries that includes itinerant musicians and a stilt-walker. The design elements are as happily absurdist as the plot elements.

Austin Opera recruited outstanding international talent for this staging. Each principal has a bio of twenty lines or more of top-flight credits with companies and venues across the world. No need to study those, however; just listen and marvel. Stage director Gregory Boyle's onstage business is endlessly inventive. The cast plays it with glee.  Conductor Stephanie Rhodes Russell appears only with a bob of her head in the spotlight at the start of each act, finally revealing herself at the curtain call; under her direction the orchestra sizzles. 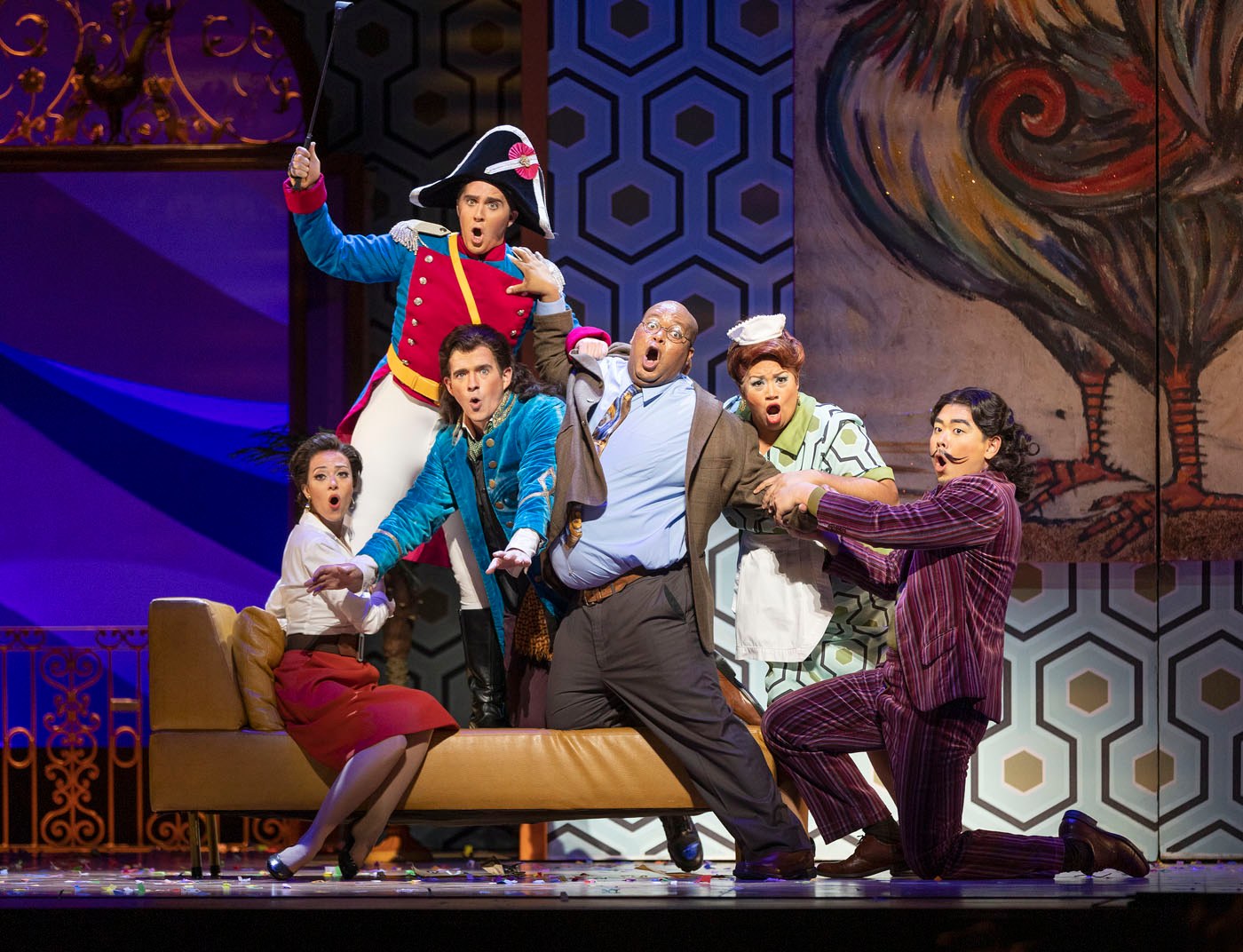 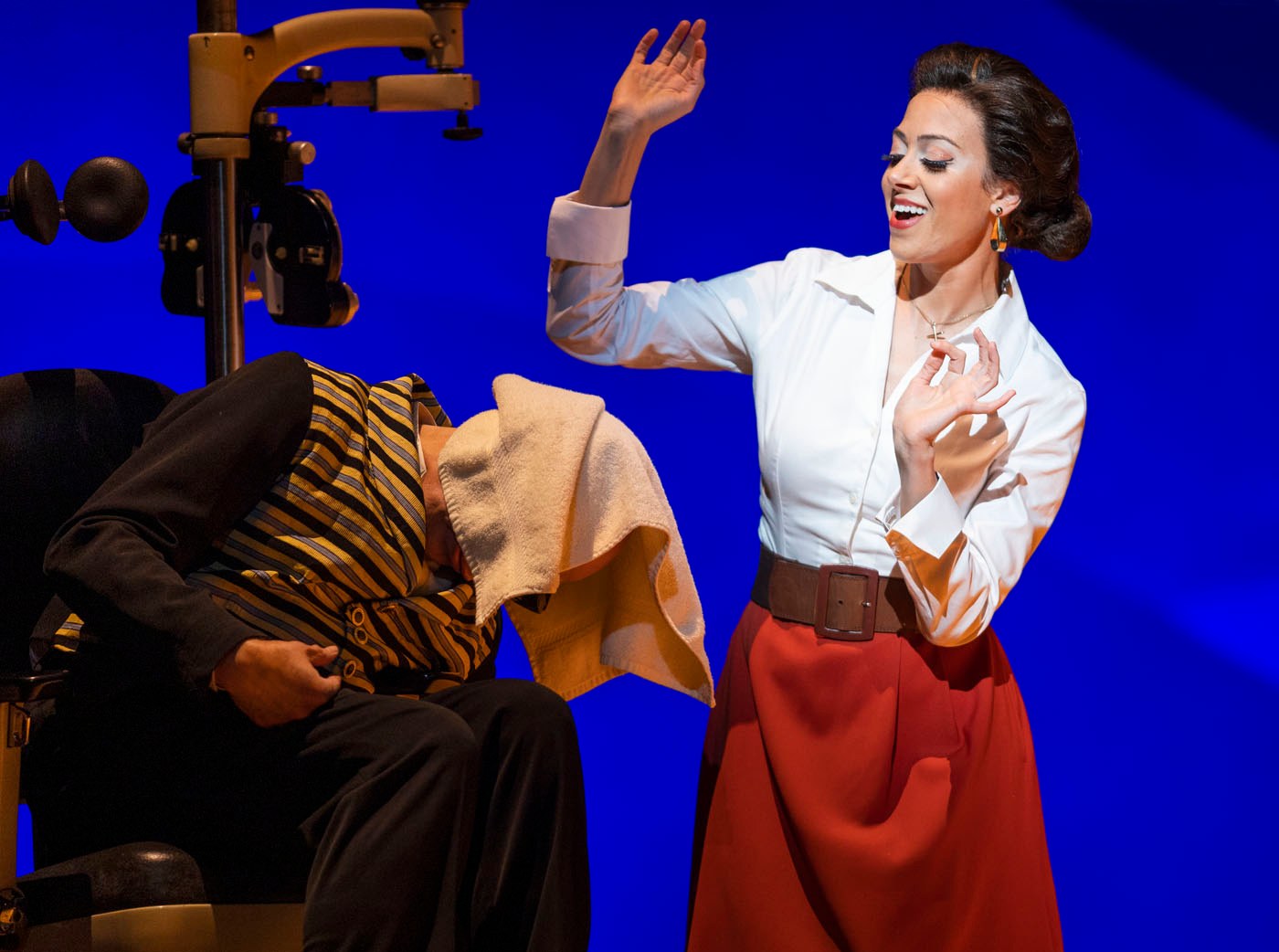 Tenor Jack Swanson as Count Almavira the secret suitor has the charm of a fraternity boy and the comic spring of a born performer; Figaro is Emmett O'Hanlon of the flowing locks, tall, confident, and responsive in gesture, expression and reaction. Austin native Lauren Snouffer is the sweetly desireable Rosina, pure of voice and saucy of demeanor. South African bass Musa Ngqungwana has great comic presence and rotundity as guardian Dr. Bartolo (in this version, an opthalmologist who's too worried about Rosina's escapades to pay any attention to his patients). And for Austin theatre aficionados, there's an odd little gem of a non-speaking role, a sleepy, bent, and Igor-like figure in dark glasses shuffling about the stage, who's none other than Austin master of all things theatrical Robert Faires!

There's a bonus, and it doesn't come at the end. If you arrive at 6:30 p.m., an hour before the curtain, you can attend a particularly enjoyable half-hour presentation by UT faculty member Charles Carson. Affable, relaxed, and witty, Dr. Carson mixes personal anecdote with his orientation  to the conventions and history of The Barber of Seville. He alerts us to some little surprises we might otherwise overlook.

Austin Opera's staging is a thoroughly entertaining evening. You could even turn off the sound and have a good time (but don't do that—you'll miss some of today's most dazzling vocal performers!).

The Barber of Seville
by Gioachino Rossini
Austin Opera 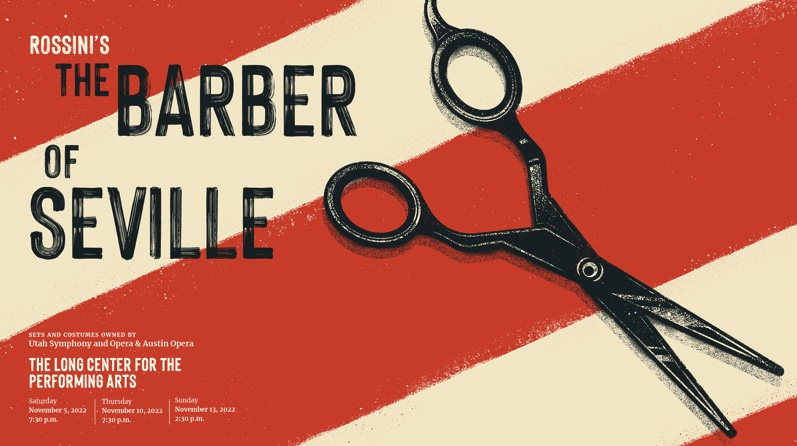