A crazy, farcical whodunit that  is  a tribute (via spoof) to the Master of Horror, Alfred Hitchcock, Off-and-on New York couple Marnie and Jeff enter an even more complicated phase of their relationship when they think they spy their cross-courtyard neighbor do away with his wife. After they draw their torn curtain, the lady vanishes, and suspicion places murder beyond a shadow of a doubt. The bumbling witnesses sneak into their neighbor's apartment - 39 steps away - and the fun begins. Among multiple door-slammings, body-snatchings, and a frantic flashlight chase scene, two questions remain: Who killed Lila Larswald? And… if she's not dead…then who is? "A barrage of gag-filled dialogue. Knee-slappingly funny from start to finish! Take the money and run to this window before it closes!" - Philip Dorian, Two River Times. "Fever-pitched one liners, puns, slapstick, pratfalls...- Asbury Park Press "With snappy dialogue peppered with Hitchcock film titles, allusions and references (there are over twenty), plus laughs aplenty, Wrong Window is a right choice for an evening's entertainment." 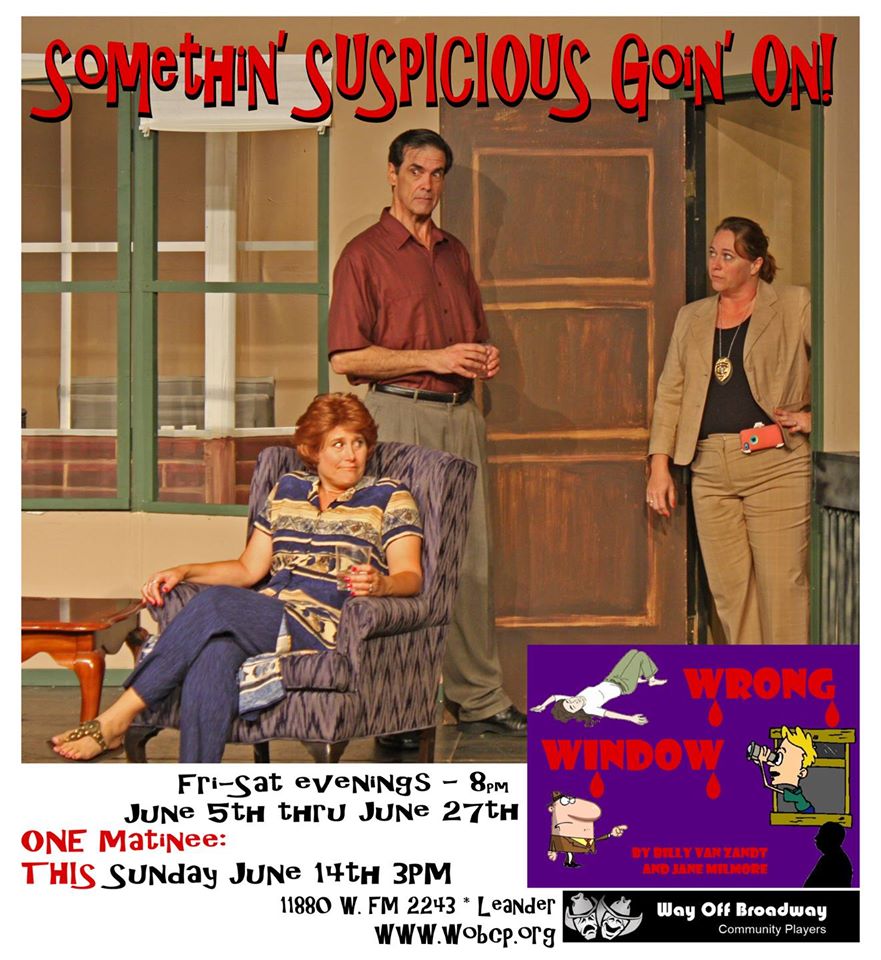 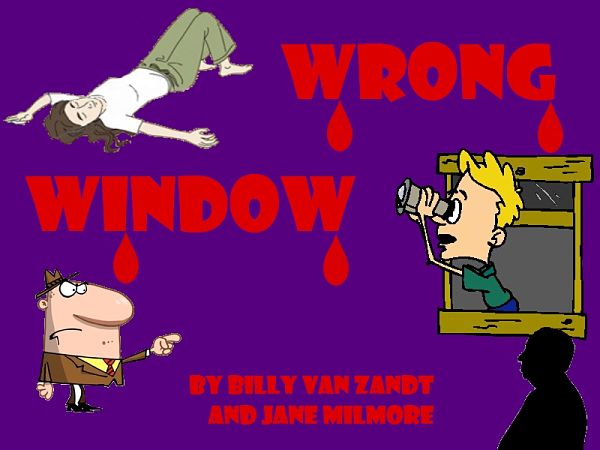