When The Rain Stops Falling
by Different Stages

CTX Live Theatre Review
Different Stages opens its 2014-2015 season with When the Rain Stops Falling by Andrew Bovell. The story takes place between two worlds, between a prediction in 1959 and its outcome eighty years later, through the interconnected stories of two families over four generations.
Gabriel Law leaves London in search of the biological father he never knew, who disappeared into the wilds of South Australia when Gabriel was seven years old. He meets a vulnerable young woman named Gabrielle, and together they journey into the vastness of the Australian desert, sharing their stories and falling in love. Through their interweaving narratives we are led back to the future, to a time of unceasing rain and a day when fish fall from the sky.
Leaping from the intimate to the epic, When the Rain Stops Falling has been widely acknowledged as one of the greatest Australian plays of the decade, winning Andrew Bovell the Sydney Theatre Award in 2009 for Best New Work.
When the Rain Stops Falling is directed by Norman Blumensaadt. Gabriel Law is played by Andy Smith (An Inspector Calls). Playing the younger Gabrielle York is Taylor Flanagan (Love’s Labor’s Lost): the older Gabrielle York is Paula Gilbert (Night Must Fall). Henry Law,
Gabriel Law’s father is played by Scot Friedman (Our Town). Playing the younger Elizabeth Law, Gabriel Law’s Mother is Alexandra Russo (Is Life Worth Living?) and the older Elizabeth Law is played by Katherine Schroeder (The Prime of Miss Jean Brodie). Joe Ryan, the husband of Gabrielle York is played by Michael Costilla (Last Meeting of the Knights of the White Magnolia). Gabriel York, the son of Gabriel Law and Gabrielle York is played by Rick Smith (All the Way). Gabriel York’s son Andrew Price is played by Porter Gandy (Arsenic and Old Lace).

When The Rain Stops Falling
by Andrew Bovell
Different Stages

Performances are Thursdays through Saturdays at 8:00 p.m. and Sundays at 7 p.m. 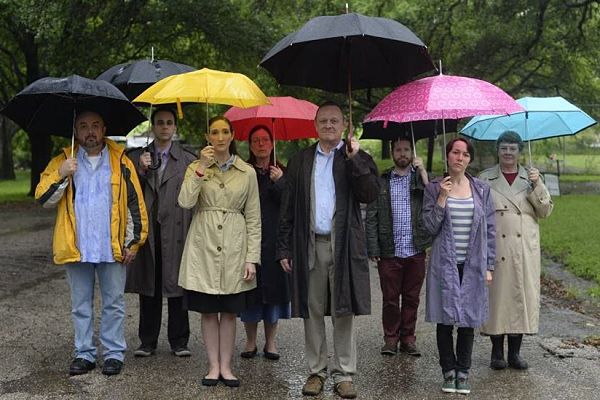