Urinetown is one of the most uproariously funny musicals in recent years. In a Gotham-like city, a terrible water shortage has led to a government-enforced ban on private toilets. The citizens must use public amenities, regulated by a single malevolent company that profits by charging admission for one of humanity's most basic needs. Amid the people, a hero decides he's had enough and plans a revolution to lead them all to freedom! Inspired by the works of Bertolt Brecht and Kurt Weill, Urinetown is an irreverently humorous satire in which no one is safe from scrutiny. Praised for reinvigorating the very notion of what a musical could be, it catapults the “comedic romp” into the new millennium, with a hearty laugh at romance and revolution, its outrageous perspective, wickedly modern wit, and sustained ability to produce gales of unbridled laughter.

The success of Urinetown seems as unlikely as the show’s title. One of the few truly original musicals not based on existing source material, the show got its start in 1995 when Kotis, traveling in Europe, encountered pay-per-use toilets. It was then that the musical's central idea hit him: a futuristic place where all the toilets were controlled by a greedy, crooked corporation with no concern for the poor, bladder-oppressed masses. According to Kotis, the show "was created in a spirit of defiance against what's typically offered up as stage worthy in America today." The result is pure, hilarious and innovative entertainment. The show parodies many popular musicals and theater conventions and playfully pokes fun at itself. Urinetown is also rich with social commentary about the American economy, the division between rich and poor, and the way we abuse the environment upon which we depend. In 2002, the show took home Tony Awards for Best Director, Best Original Score, and Best Book of a Musical. 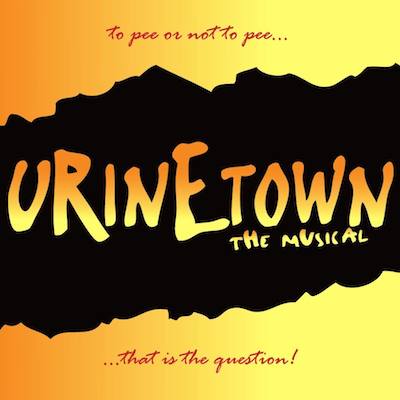 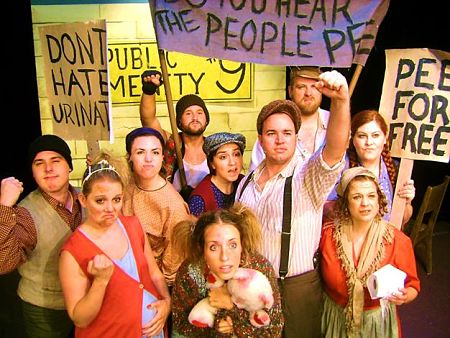