The City Theatre Company is thrilled to kick off the 2014 summer theatre season with William Shakespeare's wonderful romantic comedy Twelfth Night, or What You Will. Romance, wit, merriment, masquerades, and music make it perfect Austin summer fare. Guest director Ben McLemore leads the production with show dates May 30 – June 22, 2014 at City Theatre.

Revelry, disguises, serenades, swashbuckling, and, of course, pining lovers abound in what some call Shakespeare’s most perfect comedy. Written in 1601, Twelfth Night takes place in the fantastical land of Illyria. Twin brother and sister go down in a shipwreck. Believing her brother has perished, the sister, Viola, disguised as a man, becomes the confidante of Orsino, the duke of Illyria. Orsino sends Viola (now Cesario) to woo Olivia, who, also grieving a dead brother, has vowed never to marry. Olivia then falls in love with Viola/Cesario, who has herself fallen in love with Orsino. Adding to the comedic confusion is Feste the Clown, the drunken Sir Toby Belch, the foolish Aquecheek, the conniving Malvolio, and Sebastian, Viola’s presumed drowned brother. A tale of mistaken identity and mismatched ardor unfurls as lords and ladies, servants and masters wind a topsy-turvy path to happiness. 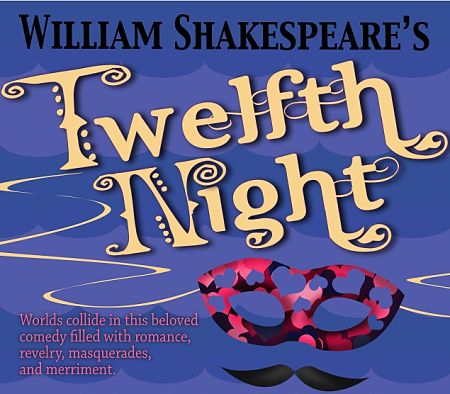