8 Years ago Trevor starred in an infomercial with Morgan Fairchild…

Now Trevor’s showbiz career is on the rocks.  Despite biting a woman in the supermarket parking lot last week, he still has dreams of a TV comeback with Morgan Fairchild. He lives alone with Sandra, a middle-aged widow. Sandra knows it was a fluke, that Trevor would never do anything to hurt anybody, especially not paranoid next-door neighbor Ashley and her precious newborn baby. Trevor is a new play about fame, success, and the lies we tell ourselves in order to keep people from taking away our erratic, 200-pound chimpanzee.

Cap T is proud to present the regional premiere of this funny and dark play that explores our relationship with some of the animals we call friends.  TREVOR stars Cap T standout Jason Newman (Year of the Rooster)  as Trevor with a supporting cast featuring Rebecca Robinson, Judd Farris, and Rebecca Pearcy.

We have amassed an amazing ensemble for this quirky, dark comedy including:

Judd Farris as Oliver, a self-actualized chimpanzee that Trevor idolizes

“Sweet, clever and weirdly touching… Trevor‘s absurdist mixture of showbiz satire and real-life poignancy is so continually delightful, in fact, that you may not notice, as it flows by, how resonant the story actually is.”
– Time Out New York
“Sly, witty…Plays like Sylvia and Bengal Tiger at the Baghdad Zoo have found humor in animals speaking like humans. But in Trevor the laughs (and there are many) have an edge.” 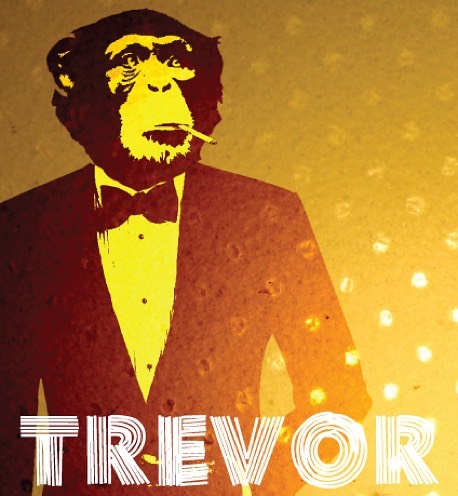