Things You Find in a Bird's Nest
by ScriptWorks

After serving 30 years in prison for the murder of his girlfriend, Charles Wicklow receives a strange visitor who is hellbent in finding out the truth about what really happened in his cold, cold case, but who can tell if she is a reporter, a detective, a mob informant, or a guide from the future—because her story keeps changing. Part mystery, part psychological haunting, the play is a journey into the shadows of the mind and heart, as much as it is a path into the past. THINGS YOU FIND IN A BIRD’S NEST explores ambition, the meaning of promises, and the pivotal events that shape who we are.

Rita Anderson, a member of International Centre for Women Playwrights, Dramatists Guild, ScriptWorks, and The Playwrights’ Center and has an MFA Creative Writing and an MA Playwriting. An award-winning playwright and poet, Rita has had numerous publications and her plays have been produced internationally. A winner at the Kennedy Center (KCACTF), she went on scholarship to the O’Neill Theater Center (CF 2012). Her play, Frantic is the Carousel, was the 2013 National Partners American Theatre (NAPAT) nominee, when she was also recipient of the Ken Ludwig Playwriting Award for “best body of work.” In 2014, she had 15 publications and eight productions (in such cities as  NYC, Boston (3), Houston, Dallas, and Cincinnati). Early Liberty, internationally published at www.offthewallplays.com, is on the publisher’s “Best Selling Plays” list. Her article, “On Gender Parity in Theatre and What May Be Broken, Parts I & II” was published in the TCG Diversity Blog, and she already has 13 productions lined up for 2015. The highlight of her emerging career so far, however, was sitting on a playwriting panel with Christopher Durang last November. Contact her at www.rita-anderson.com

Things You Find in a Bird's Nest
by Rita Anderson
ScriptWorks 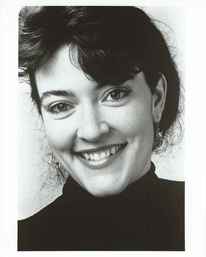 ScriptWorks is playwright development and service organization that was founded to: Create a home for dramatic writers that stimulates imagination Develop new dramatic works to their fullest potential and feed …