The Plight Before Christmas
by Way Off Broadway Community Players

In Old El Paso, Ebeneezer Humbug is about to “raise the dickens” by foreclosing on everyone in town… on Christmas Day! He hopes to force Felicity Fuzziwig to marry him, much to the dismay of his clerk, Bob Scratchit, who also wants to marry her. Jake Marley, the partner Humbug cheated out of half a gold mine years before, appears to claim his share. Will memories of Happy Christmases Past unwrap the Present of Joyful Christmases Yet to Come? Stuff your stocking with this cup overflowing of Holiday Jollity, classic melodrama style!

Festivities in the lobby begin at 7 pm (which includes good food, mingling with the Citizens of Old El Paso and perhaps even glimpsing a Special Guest or two) with the show beginning at 8pm. On Saturday, December 17 and Sunday December 18, 2016, the show starts at 3 pm, with the Lobby Festivities beginning at 2 pm.

Cheer the Good, Boo the Bad, Encourage the Timid– with Plenty of Laughs…and Popcorn to Throw! Fun Holiday Fare for the Entire Family! 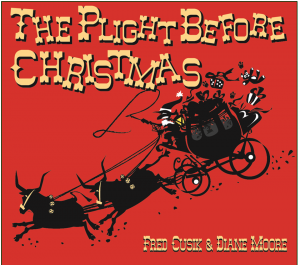