The Lure of the Maiden's Chest
by La Fenice

In anticipation of our West Texas Tour and hot on the heels of FIVE!!! B. Iden Payne Award Nominations, we are delighted to reprise this fantastic show.The inescapable lure of the Maiden's Chest leads a family of adventurers to distant lands. Dottore Cobblepot meets his untimely end by the blade of his exotic friend, Brighella. Now orphaned, his eager son Ottavio and his trusty sidekick, Arlecchino, must see the expedition to its end in the Lost City of Xanadu. Meanwhile, the sorcerous Ruffiana casts a web of her own, enchanting their path and setting a double agent, Capitana, in their midst to claim the Maiden's Chest for her own. Will her adventurous daughter Isabella, hell-bent on recovering artifacts for the museum, secure the Chest first? Will Ottavio get the girl? Will Brighella murder them all? 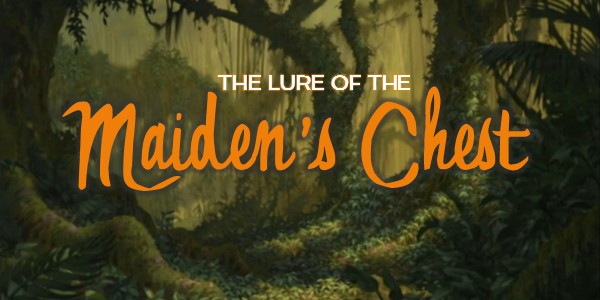