The Jungle Book: A New Telling of an Old Favorite
by Magik Theatre

The Magik Theatre and the Charline McCombs Empire Theatre are once again partnering to present a special Spring Break production: for 2016, it will be The Jungle Book: a New Telling of an Old Favorite. The special limited engagement will run at the Empire Theatre, 226 N. St. Mary’s Street, San Antonio, Texas 78205, from Thursday, March 17, through Sunday, March 20.

Based on Rudyard Kipling’s classic stories, the show was adapted for the stage by David Morgan, with music by Jaime Ramírez. The cast includes Anthony Bosmans as Mowgli, Apollo Bradley as Bagheera, Melissa Zarb-Cousin as Baloo, Kelly Petlin as Girl/Kaa/Tabaqui, John Stillwaggon as Shere Khan, and Joe Cooley as Akela/Monkey. The director is David Morgan.

The Magik Theatre is San Antonio’s professional family theatre. Founded in 1994, the theatre was created as a voice for young people and families throughout the region. Today, Magik stands proudly as San Antonio’s only professional resident repertory theatre company, and has presented more than 160 main-stage and touring shows to over 2 million children and their families. The Magik Theatre, a 501(c)(3) non-profit, brings the world of creativity, learning and amazement to its audiences, and enhances the lives of children with disabilities and at-risk youth through its community education and outreach programs. For more information, visit magiktheatre.org.

The Charline McCombs Empire Theatre was built in 1913 on the site of the former Rische's Opera House in downtown San Antonio. Designed in the style of a European palazzo by architects Mauran, Russell & Crow of St. Louis, the Empire operated as a vaudeville house and then a motion picture theatre, but fell into disrepair and was closed in 1978. With funding from the Las Casas Foundation, a local non-profit, the Empire was redeveloped as part of the neighboring Majestic Theatre project and, after $5 million in renovations, the venue reopened as the Charline McCombs Empire Theatre in 1998. The Empire is listed on the National Register of Historic Places and is operated by Arts Center Enterprises as a self-sustaining performing arts facility. For more information, visit www.majesticempire.com.

The Jungle Book: A New Telling of an Old Favorite
by David Morgan, from Rudyard Kipling
Magik Theatre

For more information, or to purchase tickets, call The Magik Theatre at (210) 227-2751 or visit their website www.magiktheatre.org; go online to www.ticketmaster.com; call Ticketmaster at (800) 745-3000; or visit the Majestic/Empire Box Office at 226. E. Houston Street, San Antonio, Texas 78205. Service charges will apply to Ticketmaster purchases.

Magik Theatre season passes not valid for these performances. 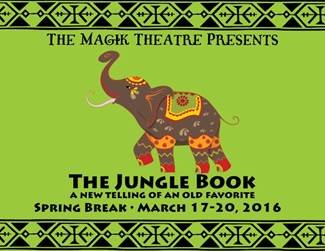 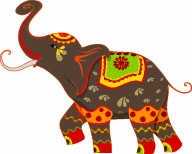