The Importance of Being Earnest
by McCallum Fine Arts Academy

Oscar Wilde is a master of sophisticated comedy, and The Importance of Being Earnest is his masterpiece. Like all the composers of classics, Wilde injected timeless messages into his plays. Although the play was written near the end of the 19th century, the message is still valid—a person's name and heritage mean little; it's what you make of yourself that counts. Oscar Wilde wraps up his message into a delightful package. 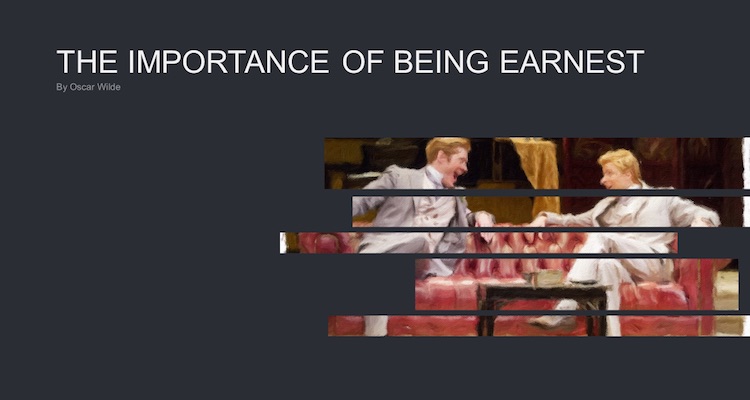