As a special event this fall, the Hill Country Community Theatre will host actor Lisa Dalton as she presents a new translation of the Anton Chekhov short story The Darling.  This unique one-person show, directed by Victor S. Tkachenko, has been performed in cities around the country, including Los Angeles, Fort Worth, and in New York as part of the New York International Fringe Festival (FringeNYC).
The play is a touching love story that follows the life of the character Olenka as she fantasizes, dreams and adores the people around her.  Prone to falling in love quickly, she marries the owner of a summer theatre and adopts his every thought.  However, when he dies suddenly, she is left without opinions until she meets an optimistic lumberyard manager.  Absorbing his pleasant attitudes does nothing to protect his health, and so her lonely life goes.  Is she an object of pity, ridicule or admiration?
In The Darling, Lisa Dalton transforms into the story’s characters as the plot unfolds.  In addition to being an actor, Lisa is also a director, documentary filmmaker and acting coach.  She has been seen on stage around the country, and in Russia and the United Kingdom.  Lisa performed as an actor and stuntwoman numerous in films, television programs and commercials, including The Last Dragon, The Highlander, Splash, Ghostbusters, Married to the Mob,  ER, Melrose Place, Carnivale, Saturday Night Live, and Dr. Quinn Medicine  Woman.  She has worked with stars such as Meryl Streep, Robert Redford, Cher, Sean Connery, Michelle Pfeifer, Robin Williams, Alan Alda, Tom Hanks and Madonna.  Lisa is the founder of the National Michael Chekhov Association and has dedicated her life to sharing her knowledge about his approach to acting.  Lisa will also be holding a Q&A for the audience after each performance.
Victor S. Tkachenko is a director, actor and writer, who has devoted his life to both Anton Chekhov and his nephew Michael.  He has directed the uncle’s plays while teaching the nephew’s acting methods.  Tkachenko has directed numerous plays (including all Chekhov’s works) in Russia, Europe, Asia, and North America.  He is an author of librettos for five internationally staged musicals and numerous stage adaptations.  He is a founder of the Michael Chekhov Studio in Moscow, and the Michael Chekhov Center and Festival in Ridgefield, CT.
The Darling was rehearsed via Skype, as Lisa Dalton is a resident of Fort Worth and director Tkachenko, resides in Westport, CT.  Tkachenko, who also did the translations for The Darling from the original Russian, met Ms. Dalton during a Chekhov Symposium at the Sorbonne in Paris in 2007. 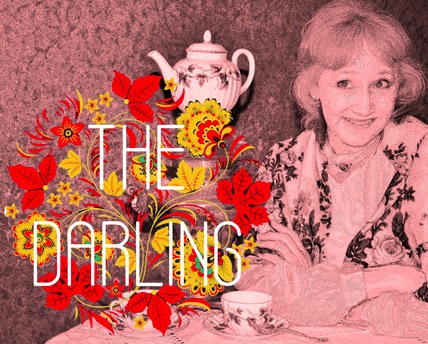