Later in July, 2015, the Departments of English and Modern Languages in association with the Equity and Access Committee of Texas State University will present a bilingual (English/Spanish) adaptation of William Shakespeare’s The Comedy of Errors performed by Austin-area professionals assisted by Texas State students.

In this production, the confusion and mistaken identity at the center of the plot will be accentuated by the fact that one set of identical twins speaks English, while the other speaks Spanish. Hopefully, this approach will resonate with bilingual Texans who sometimes feel torn between two cultures.

Admission is free. Performances will be Thursday – Saturdays at 8 pm and Sundays at 1 pm from July 23 to August 2 in Centennial Hall G 02 on the Texas State campus. Parking is available on the roof of the Pleasant Street Garage adjacent to Centennial Hall (parking is $5 on Thursdays and free all other times). 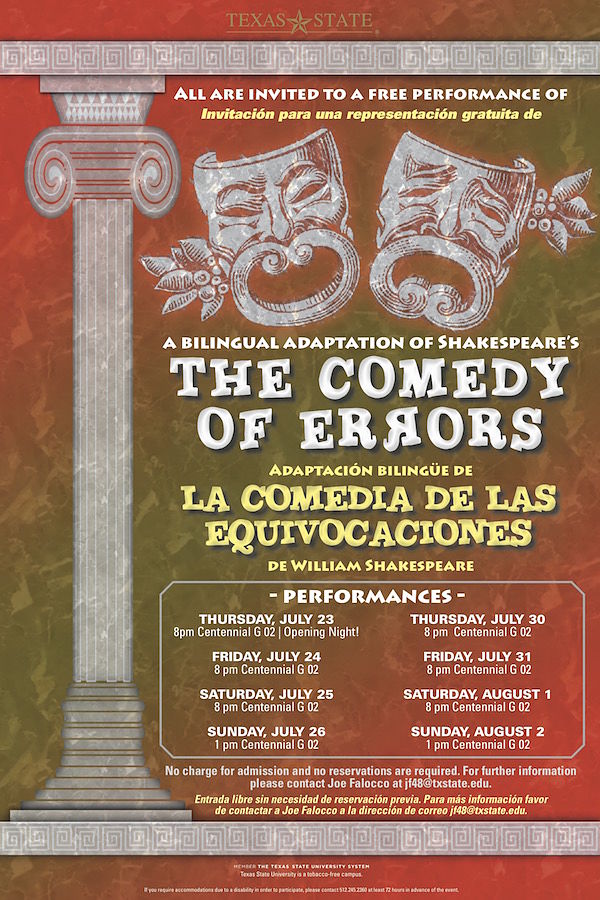