Climb aboard for a madcap and stinging journey through 11 hilarious looks at African-American culture — from the depths of the Celebrity Slaveship to the spinning heights of Harlem.

The Spectrum of Black Theatre Series offers a unique opportunity for the Austin community to see the readings of plays by African American playwrights, which have had an impact on the theatre world. The Spectrum Theatre Company creates professional productions that promote artistic excellence through thought provoking stories of the human condition as seen through the spectrum of the African American experience with the goal to increase public awareness of the significant contributions of African Americans in creating a diversified American theatrical tradition; encourage and facilitate a culturally diverse and all-inclusive America by using theatre to teach, criticize, comment on, and model performance excellence; ad use theatre to create an American mythology that includes African Americans and other peoples of color in every thread of the fabric of our society.

THIS IS A FREE EVENT! 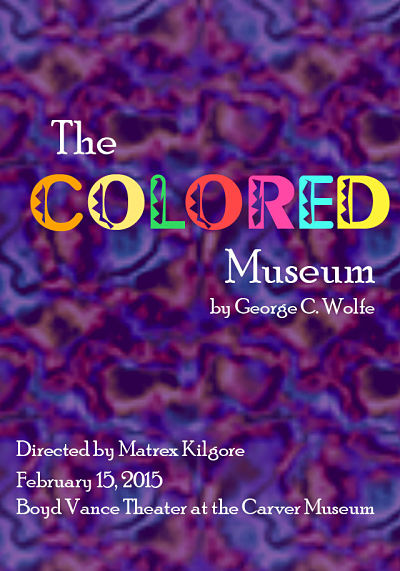