Mix a Hitchcock masterpiece with a juicy spy novel, add a dash of Monty Python and you have The 39 Steps, a fast-paced whodunit for anyone who loves the magic of theatre! This 2-time Tony® and Drama Desk Award-winning treat is packed with nonstop laughs, over 150 zany characters (played by a ridiculously talented cast of 4? 8? 10? 12?), an on-stage plane crash, handcuffs, missing fingers and some good old-fashioned romance! A riotous blend of virtuoso performances and wildly inventive stagecraft, The 39 Steps amounts to an unforgettable evening of pure pleasure! The 39 Steps, was Broadway’s longest running comedy, and played its 500th performance on Broadway, May 19th, 2009! 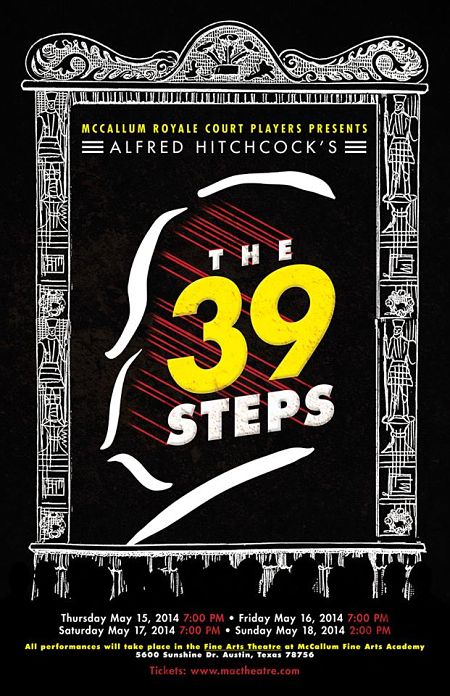