Rosencrantz and Guildenstern Are Dead
by McCallum Fine Arts Academy

WINNER! Tony® Award for Best Play Winner! NY Drama Critics Circle Award for Best Play Acclaimed as a modern dramatic masterpiece, Rosencrantz & Guildenstern Are Dead is the fabulously inventive tale of Hamlet as told from the worm’s-eye view of the bewildered Rosencrantz and Guildenstern, two minor characters in Shakespeare’s play. In Tom Stoppard’s best-known work, this Shakespearean Laurel and Hardy finally get a chance to take the lead role, but do so in a world where echoes of Waiting for Godot resound, where reality and illusion intermix, and where fate leads our two heroes to a tragic but inevitable end.
“Very funny, very brilliant, very chilling; it has the dust of thought about it and the particles glitter excitingly in the theatrical air. ” – The New York Times
“A stimulating, funny, imaginative comedy.” – The New York Daily News

One Act. McCallum's official entry into the UIL One Act Play competition! 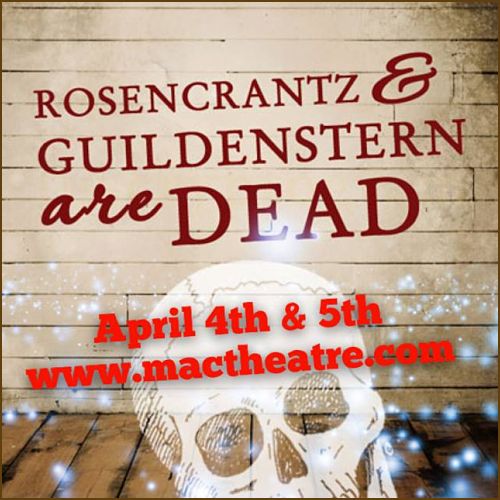