Requiem for Tesla
by Rude Mechs

Requiem for Tesla was conceived and premiered in 2001, and then “reinvented” in 2003 featuring a revamped script and new design. And for this 2016 iteration, we are sticking with the revamped script and going back to the original design. We’re also happy to be working with Matt Frasier for the first time in the role of Tesla.

Requiem for Tesla is a semi-biographical, sci-fi homage to Nikola Tesla, a genius inventor who loved pigeons, hated spherical objects and was undoubtedly one of the most fascinating and controversial figures of all time.Requiem for Tesla is an ecstatic and evocative tribute to the man who gave us alternating current and dreamed of spaceships in a time when even electricity was dangerous magic. Tesla’s impassioned efforts to improve the quality of life for humankind left him straddling a line between genius and insanity. Rude Mechs’ high-voltage stage-collage honoring the genius/madman fuses electrical magic, subconscious desire, and a real message from Mars. A hallucinatory Mark Twain, featuring live music, and a spine-tingling Tesla coil all combust in this sci-fi electromagnetic polyphase dynamo play.

Much more information about Tesla, electricity, and contemporary events available at the Tesa page at rudemechs.com 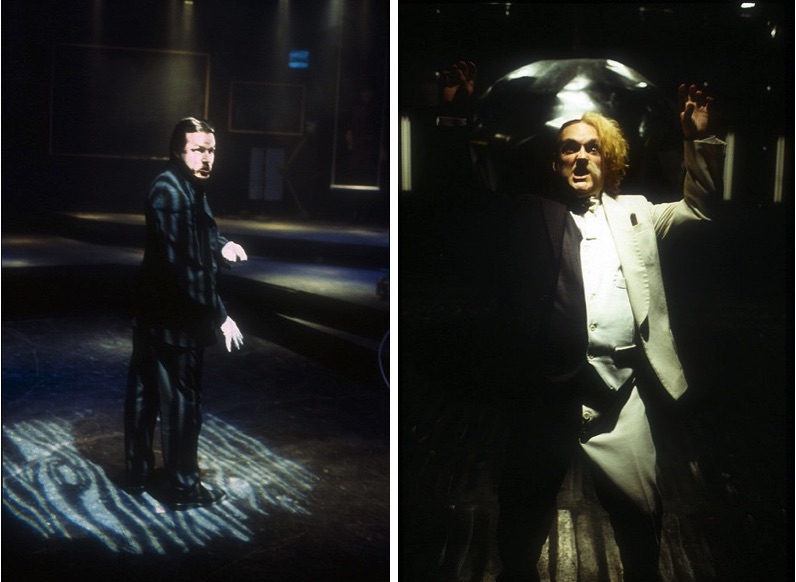