Other Desert Cities
by Wimberley Players

Brooke Wyeth returns home to Palm Springs after a six-year absence to celebrate Christmas with her parents, her brother, and her aunt. Brooke announces that she is about to publish a memoir dredging up a pivotal and tragic event in the family's history—a wound they don't want reopened. In effect, she draws a line in the sand and dares them all to cross it.

Finalist for the 2012 Pulitzer Prize for Drama, this show centers on family secrets. When novelist Brooke Wyeth returns home for Christmas after a six-year absence, she announces that she will soon publish a memoir dredging up a pivotal event in the family's history -- creating havoc, as her brother, aunt and parents react from their own perspectives.

Reviews:
"The most richly enjoyable new play for grown-ups that New York has known in many seasons…In his most fully realized play to date, Mr. Baitz makes sure our sympathies keep shifting among the members of the wounded family portrayed here. Every one of them emerges as selfish, loving, cruel, compassionate, irritating, charming and just possibly heroic…leaves you feeling both moved and gratifyingly sated." —NY Times.

"Spending time with these messed-up, complicated people is a genuine pleasure." —NY Post.

November 13 to December 6, 2015
Fridays & Saturdays at 7:30 pm and Sundays at 2:30 pm
With performances through the Thanksgiving weekend 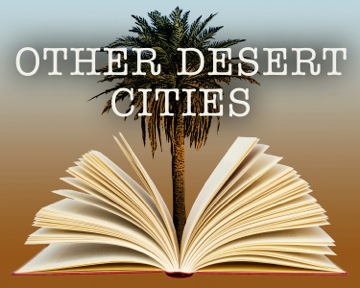