My Way - A Tribute to Frank Sinatra
by Tex-Arts

A true American icon, one of the first teen idols, a major movie star, and one of the original Rat Packers, Frank Sinatra did things his way. Not only did he set the standard for cool style and beautiful melodies, he was the first singer to become a major movie star and won an Oscar for From Here to Eternity for Best Supporting Actor. During his long career, he won numerous Grammy awards and was one of the pioneers for the Las Vegas musical entertainment scene.

Beginning July 15, TexARTS will present My Way, A Musical Tribute to Frank Sinatra directed by Sarah Gay and choreographed by Laura Walberg. This theatre production does not focus on impersonating Sinatra, instead it is a tribute to his career, style, and talent. The show is full of songs, dances, and witty stories of Ol’ Blue Eyes, which is set in a stylish nightclub where four singers convey the feel and attitude of Sinatra. In between the song medleys, the actors share humorous stories, quotes, and memories of Sinatra’s rich life. 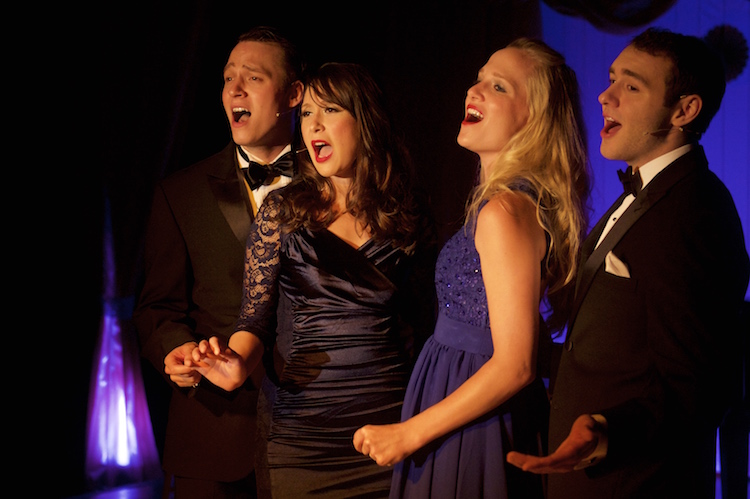 This tribute includes more than fifty of his most popular songs including those smooth, toe-tapping melodies like, The Lady is a Tramp, New York, New York, and I’ve Got You Under My Skin. The talented cast that will delight audiences are Leslie Hollingsworth, Matt Harris Andersen, Michael Marchese, and Megan Richards Wright. Hollingsworth said of the show, “you just can't listen to Frank without feeling what he was singing - you can just tell he put his whole being into the music. That's what we're trying to do in this show - emulate those emotions that people connected to at such a deep level. And we're having a great time doing it too!”

Helping to bring Sinatra’s legendary career to life are the award winning husband and wife team of John Vander Gheynst and Leslie Hollingsworth. In 2015, the Austin Critics Table Awards, awarded them for their work in Chicagoat Half and Half Productions. Hollingsworth was awarded Best Actress in a Musical and Vander Gheynst awarded for Best Musical Direction.

Audiences will also remember Leslie Hollingsworth who starred in I’ll Be Seeing You and The Holiday Cabaret at TexARTS. She is a B. Iden Payne winner for Rocky Horror Picture Show at Zach Theatre and Sing Muse at Vortex Repertory Theatre.

John Vander Gheynst was nominated for Hairspray at Zilker Theatre by the Austin Critics Table Awards, 2016. In 2013 he was awarded a B. Iden Payne award for Outstanding Music Direction for Little Shop of Horrors at Zilker Theatre. Vander Gheynst has played with a variety of artists including Kenny Garrett, The Temptations, Mary Wilson, My Brother’s Keeper, Jerry Lewis, and numerous symphony orchestras. He has played in or conducted over 80 different musicals including the Broadway touring productions of Little Shop of Horrors and The Producers.

Vander Gheynst reflected on Sinatra and this production, “his sound, arrangements, and musical choices were the gold standard for good taste, and he did everything in a big way. With TexArts’ production of “My Way,” we are seeking to recreate the larger-than-life musical essence that was actually the reflection of the man himself.”

Hollingsworth summed up Sinatra by saying, “there are three things that you can never do while angry...jump on a trampoline, blow bubbles and sing along to Frank Sinatra.”

This musical was created by David Grapes and Todd Olson, based on Todd Olson’s book. The show is full of the songs, dances, and humorous stories of Frank Sinatra’s career that spanned more than 50 years. It includes those smooth, toe-tapping melodies from songs like The Lady is a Tramp, New York, New York, and I’ve Got You Under My Skin. The production is a celebration of an American icon that takes the audience from the swinging era, to the “Rat Pack” years in Las Vegas, and beyond.

“TexARTS assembled an enormously talented group of singers who will delight audiences with their renditions of Sinatra classics,” said Jarret Mallon, Executive Director of TexARTS. 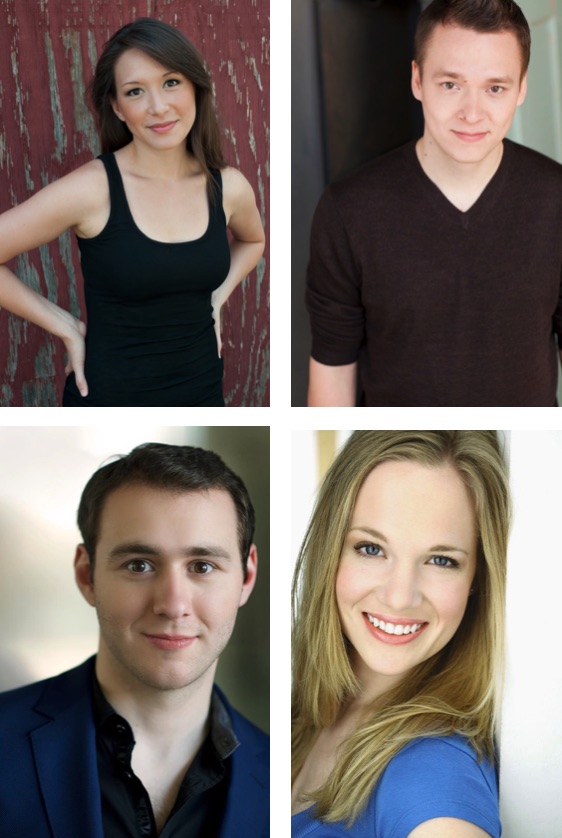 Audiences will remember Leslie Hollingsworth who starred in I’ll Be Seeing You at TexARTS. She was also nominated by the Austin Critics Table Awards in 2014-15 for Best Actress in a Musical for Chicago at Half and Half Productions, Matt Harris Andersen who performed in Love’s Labour's Lost at the Michigan Shakespeare Festival, Michael Marchese has performed in A Cool Yule at TexARTS and James and the Giant Peach at Zach Theatre, and Megan Richards Wright who performed in James and the Giant Peach and A Christmas Carol at Zach Theatre.

TexARTS is excited to welcome the director from last summer’s smash hit Ring Of Fire Sarah Gay. In 2015, she was nominated for Best Direction of a Musical for Ring Of Fire from the Central Texas Excellence in Theatre Awards. Musical director John Vander Gheynst was nominated by the Austin Critics Table Awards for Musical Direction for Chicago at Half and Half Productions in 2014-15 and for Hairspray at Zach Theatre in 2015-16. Also bringing Sinatra’s world to life will be costume coordinator Sarah Gay, scenic designer Teena Sauvola, lighting designer Moses Parks, and property designer Andrew Hatcher, stage manager Laura Walberg.

“If you love Sinatra and his music, you will certainly enjoy this production. The songbook is plentiful. The costumes and lighting glitzy … and the band terrific.” -Around the Town

Single tickets from $40-$60. Subscribe now and receive 15% off! Subscriptions and single tickets are available by calling TexARTS Box Office at 512-852-9079 x101 or at www.tex-arts.org. All ages are welcome and parking is free. Group rates are available.

All performances will be held at the intimate Kam and James Morris Theatre at TexARTS’ Erin Doherty Studios, 2300 Lohman's Spur, Suite #160, Lakeway, TX. The lounge opens one hour prior to curtain and offers beer, wine and light snacks. Parking is free. 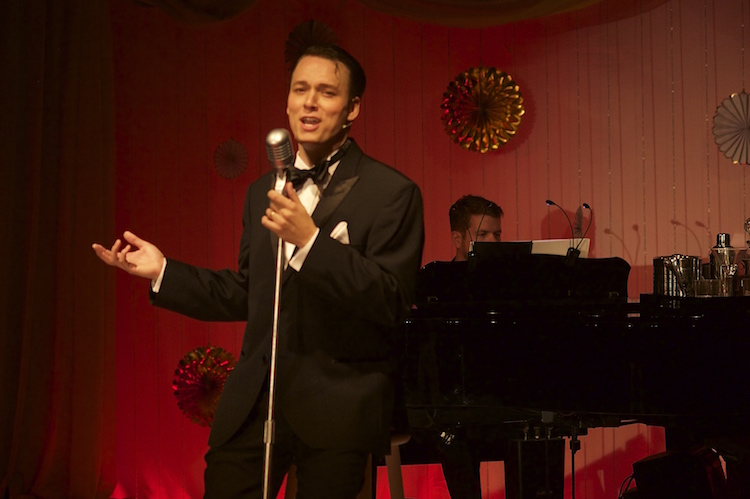 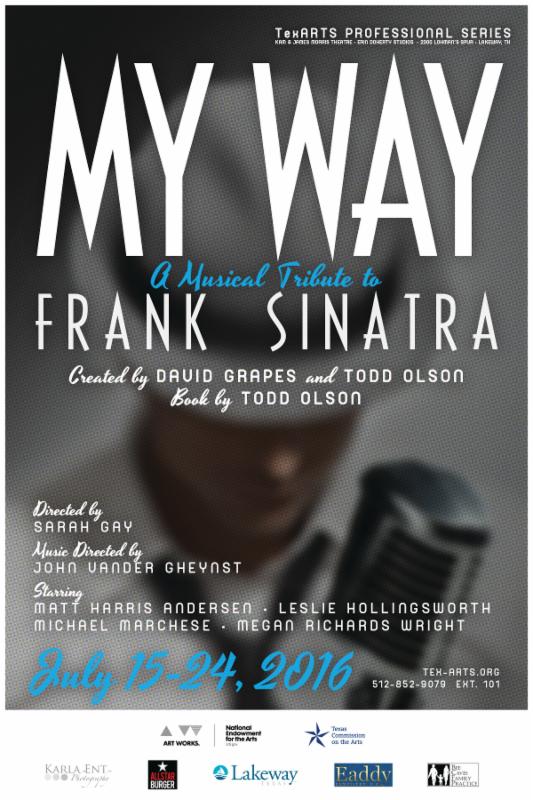