Everyone's favorite, practically perfect nanny, Mary Poppins, soars into the Topfer Theatre as ZACH's 2016 summer musical. Drawn from the ground breaking 1964 Disney film and the brilliant series of books, this delightful family musical features the unforgettable songs A Spoonful of Sugar and Chim Chim Cher-ee; Dave Steakley and the creative team who brought you The Who's Tommy and A Christmas Carol will reinvent this beloved musical into a sublimely Supercalifragilisticexpialidocious new production  jam-packed with unforgettable theatrical magic!

Based on the stories of P.L. Travers and the Walt Disney Film

Original music and lyrics by Richard M. Sherman and Robert B. Sherman 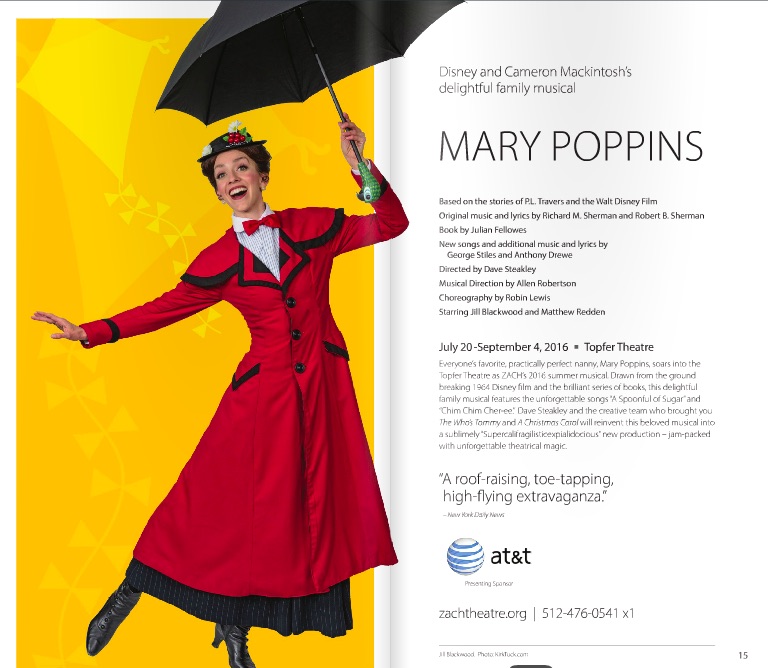