A little-known Caroline-era play was recently staged for the first time in almost four centuries; the winner of a competition between academics to resurrect an obscure work at the Royal Shakespeare Company’s theatre. Unearthed anew, this rare tragedy comes to the McCallum stage. 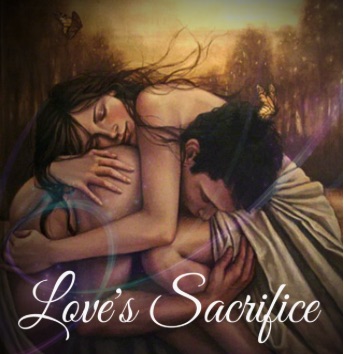 Struck by love at first sight, the Duke of Pavia has married the beautiful Bianca. But he's not the only one who loves her. Unknown to him, his best friend Fernando has also fallen for Bianca, and with each day that passes Fernando finds it harder to conceal his true feelings. While the Duke is unaware of his friend's dilemma, his sister soon realizes what is happening. Racked with jealousy by her own desire for Fernando, she begins to manipulate her brother, encouraging him to act against his friend. With echoes of Shakespeare's Othello, John Ford's rarely performed play is a thrilling revenge tragedy powered by the destructive force of unrequited love.

Originally published in 1633 and based upon a true story, Love’s Sacrifice was recently staged for the first time in almost four centuries. It was the winning play in a competition between academics who were challenged to resurrect an obscure work at the Royal Shakespeare Company’s theatre. With echoes of Shakespeare's Othello, John Ford's play is a thrilling tragedy powered by the destructive force of unrequited love.

MacTheatre’s productions are known for their professionalism, technical presentation and entertainment value.

Austin Entertainment Weekly recently named MacTheatre as the Most Outstanding Academic Theatre in Austin along with St. Edward’s University. More information on MacTheatre’scan be found at http://mactheatre.com/

All shows will be in the McCallum Arts Center at 5600 Sunshine Dr. in central Austin.

Tickets may be purchased at the door or at https://mactheatre.thundertix.com/events Student tickets are $7; adults are $16 and seniors are $12. 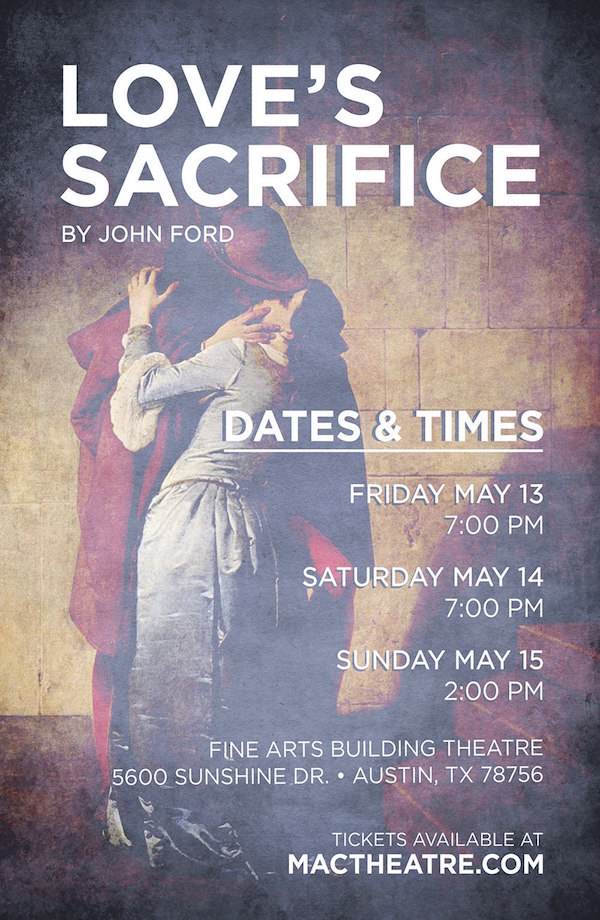