Even as I speak, for lack of love alone. It well may be that in a difficult hour, I might be driven to sell your love for peace. It well may be. I do not think I would.  - Edna St. Vincent Millay

Love Alone is a lovingly drawn portrait of how we grieve and how we heal. When Helen’s lesbian partner of twenty years dies unexpectedly, she and her daughter want answers. Confused by the hospital’s silence around the death, a lawsuit transforms the lives of both the patient’s family and the doctor charged with her care. The bold and emotional story tracks the fallout as two households navigate uncharted waters of loss, anger, humor, and longing on their path to healing. This powerful, deeply fearless work of how we grieve and how we heal speaks to an essential truth: when faced with terrible tragedy — your own life and the lives of those around you — are worth saving.

"We will all be patients one day." – Mr. Rush, Love Alone

In 2014, playwright Deborah Salem Smith was awarded a New Play Commission by Trinity Repertory. Her play Love Alone received an Edgerton Foundation New American Play Award as well as an Honorable Mention by the Jane Chambers Playwriting Award. It was also a finalist for the Independent Reviewers of New England Award for Best New Play of 2013. Smith's previous honors include an Emerging American Artist Fulbright for playwriting and her work has been recognized by a National Mellon Fellowship in the Humanities, a Bray Visiting Scholar/Creative Artists Fellowship, a MacDowell Fellowship, a Major Hopwood Award, as well as writing and visual arts prizes from the University of Michigan and Princeton University. Her other plays include: Faithful Cheaters, Some Things Are Private, Good Business, and Boots on the Ground. More on the playwright. 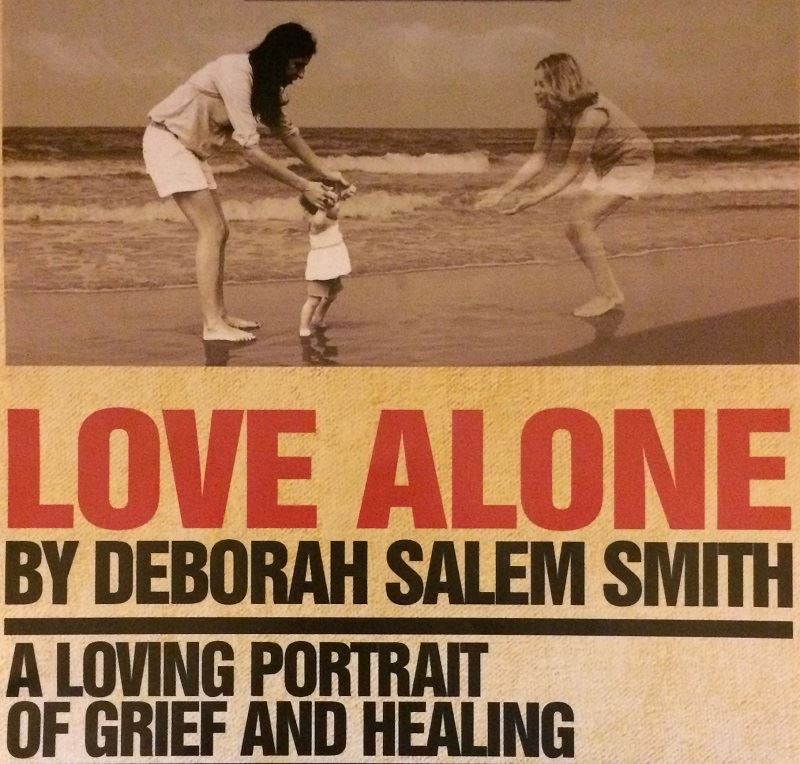