“Cowards die many times before their deaths; The valiant never taste of death but once.”  Shakespeare’s timeless political thriller portrays the life and death struggle for power as honor, envy and patriotism collide. Caesar's political genius, military prowess and overwhelming appeal, make him the most powerful leader the Republic has ever known. But his growing ambitions threaten his rivals, and Caesar’s disregard to prophetic warnings leads to his tragic fall, setting in motion one of the most famous murder conspiracies in history. With the conflict of war and the loyalty of country, Shakespeare’s masterpiece is a discourse on ambition and ideals, how the choices of great men can have grave consequences. The play’s message is not soon forgotten.

“The fault, dear Brutus, is not in our stars, but in ourselves.”

“In a time when our politics become personal and public figures are traitors and heroes, Julius Caesarremains a relevant exploration of power, ambition, and the course of human nature,” mentions director Jeff Hinkle. “Who are our protagonists? And in our history, the fear always exists in losing our voice, of what lies ahead. In the current political landscape, this still holds true today and the play draws those parallels.” The first recorded performance of Julius Caesar was believed to have been done in 1600 and is based on actual events in Roman history. Since then, Caesar’s story has proven to be lasting and has seen thousands of stage productions, been adapted into several films, as well as a number of books and television movies, and even the month of July is named after him. Clearly, his name is one of the most recognizable of all time.

CTC offers its discount ticket program with $10 Thursday seats and $12 student seats for any show. The ticket discount is available throughout the 2014-15 season. 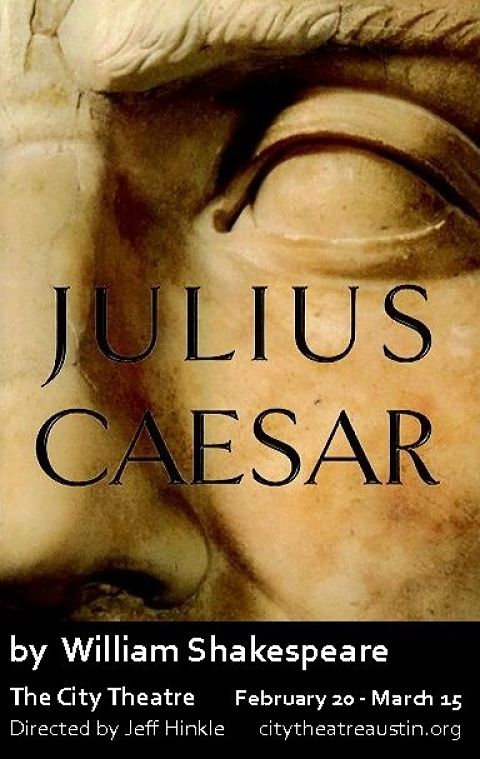