It's A Wonderful Life, a Live Radio Play
by Penfold Theatre Company

Back by popular demand, the show draws audience members back in time to 1946 as members of the KPNF radio station are assembling for a live radio performance of It’s a Wonderful Life. Through dozens of characterizations and live foley sound effects, five talented actors tell the entire story, putting an imaginative twist on a cherished holiday tradition. Guests of all ages will fall in love with George Bailey and his timeless tale of despair, redemption and hope all over again.

An It’s a Wonderful Life Classic Radiocast is the sixth production in Penfold’s series of live radio plays for the holidays. Associate Artistic Director Nathan Jerkins pens this year’s original adaptation after crafting radio scripts for Miracle on 34th Street (2015) and A Christmas Carol(2016). “We introduced the holiday radio series with It’s a Wonderful Life using a script by Joe Landry,” says Producing Artistic Director Ryan Crowder, “but, Nathan, who has led this tradition for the past six years, has created a telling of his own that, in my opinion, is tighter and clearer, while maintaining all the aspects of the story we’ve come to adore.”

The performance features mock radio commercials for local businesses and a nightly cameo role for a selected member of the audience. Glowing with warmth and undeniably evocative of the true Christmas spirit, the performance is a perfect way to ring in the holiday season.

During their visit to Old Settler’s Hall, guests should be sure to take in Christmas Towne, an extension of Round Rock’s Rockin’ Lights Holiday Light Tour. Located next door to the performance, the Towne features light displays, full-scale carnival rides, light maze, holiday food and more – all coordinated by the City of Round Rock’s Parks & Recreation Department. (See http://www.roundrocktexas.gov/?p=6173 for more details.)

Penfold Theatre Company cultivates a love for live theatre in northern Travis and Williamson Counties by offering first-class, professional theatre performances and education programs.  2016-17 is the company’s ninth season and features a variety of work from cherished classics to an Austin premiere: An It’s a Wonderful Life Classic Radiocast (Dec 2016), An Iliad (Feb 2017) and Around the World in 80 Days (Jun 2017). 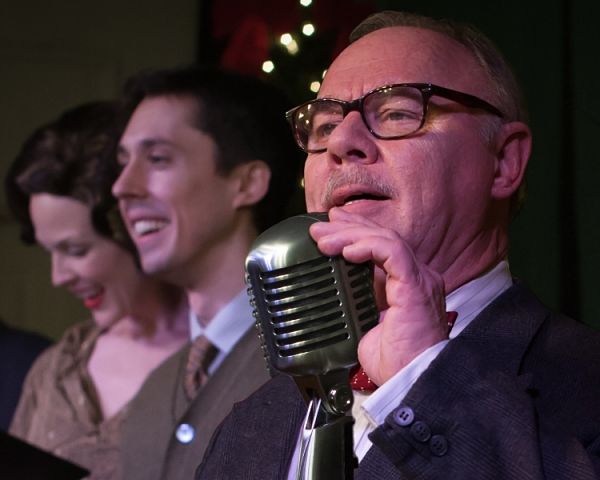