Inspired by the novel of Italo Calvino, created by Teatro Potlach and Trinity students. Venue is outdoors

Teatro Potlach, together with students and artists from around the University, will take Trinity's campus as both its inspiration and stage. Throughout the event, chosen locations come alive and artists and audience become travelers-explorers-"archeologists of memory."

Teatro Potlach was founded in 1976 by Pino di Buduo and Daniela Regnoli. In its nearly four decades of existence, the group has created innovative, provocative, experimental and influential work both in traditional theatres and in outdoor urban spaces.
Invisible Cities (named after Italo Calvino's famous novel) will build on Trinity University's campus: "Through an anthropological analysis based on historical and cultural research, the project is meant to let the city re-emerge in order to be given back to its people -
a city never seen before, though still clear in the memories of its inhabitants and capable therefore to awaken their sense of belonging."

Event will be held outdoors at Trinity University. 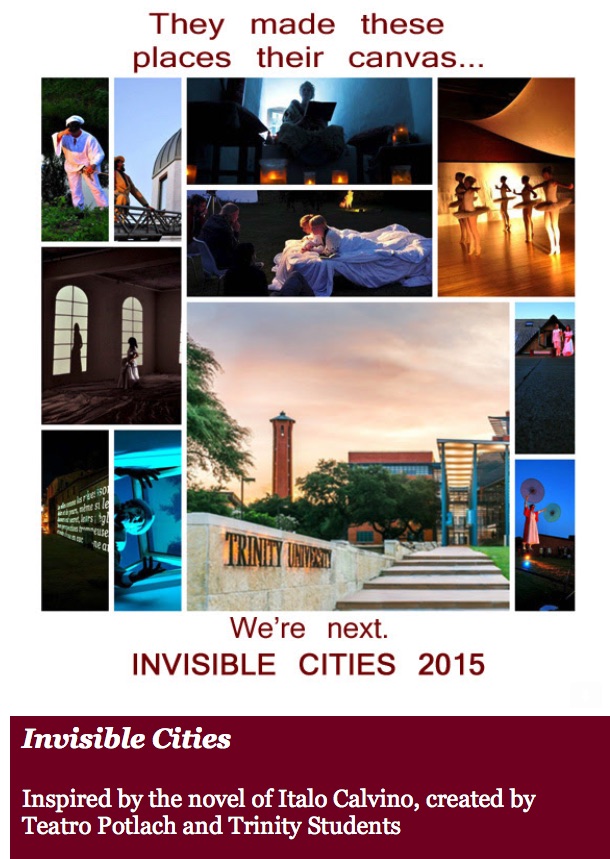