In a world overrun by greed and evil, one man stands between order and complete chaos. Did I say a man? Scratch that. He's more than a man. He is a beacon of hope in a sea of darkness. A life raft floating in an ocean of sorrow. A glimmer of magic in a Scottish loch. What's up with all of these water metaphors? Who knows...The only thing I know is that he is one bad mamajama! His name? Good thing you asked, I might have forgot. His name...is the Mighty Madman!

Join the Mighty Madman in his quest to battle evildoers, figure out what the hell is going on, and snag that perfect piece of lasagna!

Heroic is the culmination of my time as a theatre student at the University Of Texas. I have always been fascinated with the fantastical, and no world resonated with me as deeply as the world of superheroes. I always wanted super powers. I wanted to smash things and be indestructible like the Hulk, to control minds like Professor X, and fly through the air like Iron Man. Hell, I still do. Man, that would be awesome!

My goal, other than to entertain, is to keep theatre alive in Austin, and in the rest of the world for that matter. Some people think that live theatre is a dying art form, and I just want to show people that isn't true in the slightest. As long as there are people out there who are passionate about creating dynamic art that has the ability to adapt to our ever-changing world, theatre will live on. The Ancient Greeks prized theatre above all else. It was mandatory for citizens to go, and the plays of the time touched on numerous social issues. That's not necessarily the case today, what with all of the spectacle for spectacle's sake on Broadway, but there are still people out there trying to affect change. I feel I must warn you that I am not one of those people, but I like to think that if I can keep people going to the theatre, then those people get the opportunity to spread their message of change, and that's good enough for me.

The show contains some language and violence, and may not be suitable for younger audiences. 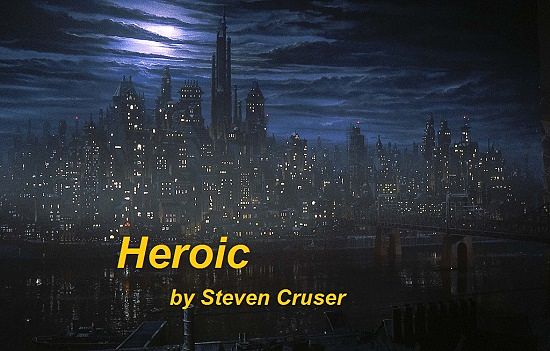