Lie. Cheat. Steal…all in day’s work.  Everyone plays an angle in David Mamet’s brilliantly written examination of the competitive world of sales.
Delve into the seamier and more savage side of  American business with this Pulitzer-Prize-winning play that remains one of the most electrifying modern dramas.

Glengarry Glen Ross is a play by David Mamet that won the Pulitzer Prize in 1984. The play shows parts of two days in the lives of four desperate Chicago real estate agents who are prepared to engage in any number of unethical, illegal acts—from lies and flattery to bribery, threats, intimidation and burglary—to sell undesirable real estate to unwitting prospective buyers. It is based on Mamet's experience having previously worked in a similar office.[2]

The title comes from two real estate properties mentioned in the play: Glengarry Highlands, which is currently the prime real estate everyone is attempting to sell, and Glen Ross Farms, which is mentioned by several characters as having been very lucrative for those selling it several years ago. 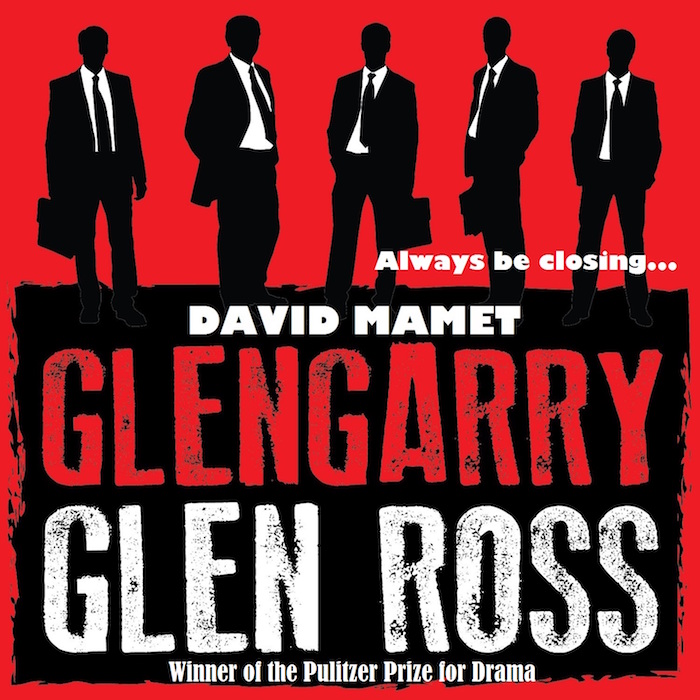