Based on the hit 1990 romantic drama film of the same name, the musical had its world premiere at the Manchester Opera House in Manchester in March 2011. Ghost then began its West End premiere in summer 2011, opening on 19 July.[1][2] A Broadway transfer opened in April 2012. It will be touring the UK in 2013, after the London production closed in October 2012.

The plot centres on lovers Sam and Molly, who are attacked as they are returning to their apartment. When Sam dies he becomes caught between the real world and the next. Molly is in danger and Sam cannot leave her. A medium, Oda Mae Brown, helps Sam to get in touch with Molly to warn her. 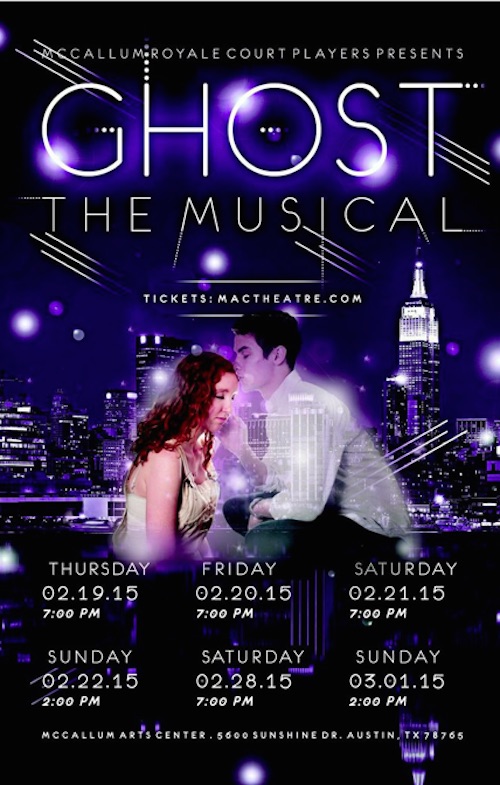