EXIT 27: A Story Based on True Life Events. Over a ten-year period 1,400 teenage boys, the "Lost Boys of Utah," have been dropped off at exit number 27 along the Arizona-Utah border by the Fundamentalist Church of Jesus Christ of Latter Day Saints (FLDS) to atone for their sins. Most don't survive. EXIT 27 is the story of four of those young boys, their attempt to become "good again," and how a young girl's visit from the forbidden town of Hurricane changes everything.

Wine and other beverage concessions will be available at each performance beginning one hour prior to the show and during intermission.

PARKING IS FREE at the Boyd Vance Theatre.

From The Landing Theatre Company, Houston:

EXIT 27 is a thought-provoking play, based on real circumstances, about the Lost Boys of Utah. “Since the year 2000, the citizens of one town have abandoned nearly fourteen hundred boys in the Utah Desert.” Merilo attacks this subject head-on and under the direction of Anne Quackenbush, this show is sure to leave a lasting impact on all who see it. Excommunicated and exiled young men from the Fundamental Church of Latter-Day Saints are abandoned in the desert, left to fend for themselves for committing simple “sins” such as kissing a girl, listening to music, or watching television. Having received an inadequate education, survival is extremely difficult in the perilous and unrelenting environment they are thrust into. Disease ridden and desperate for salvation, these boys struggle to stay on a righteous path, hoping to earn forgiveness for their damning “wrongs.” Merilo paints a painfully clear picture of these boys’ circumstance and leaves us wanting to take action. 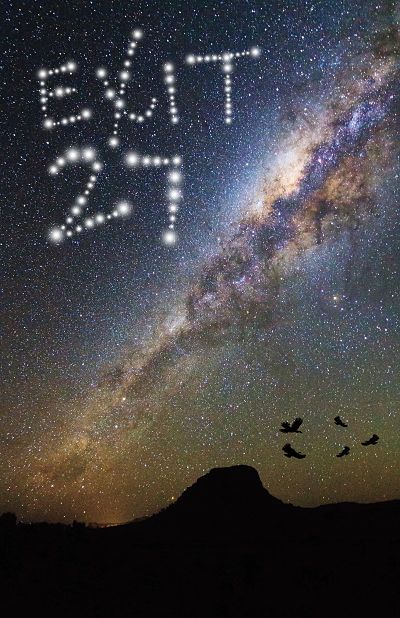 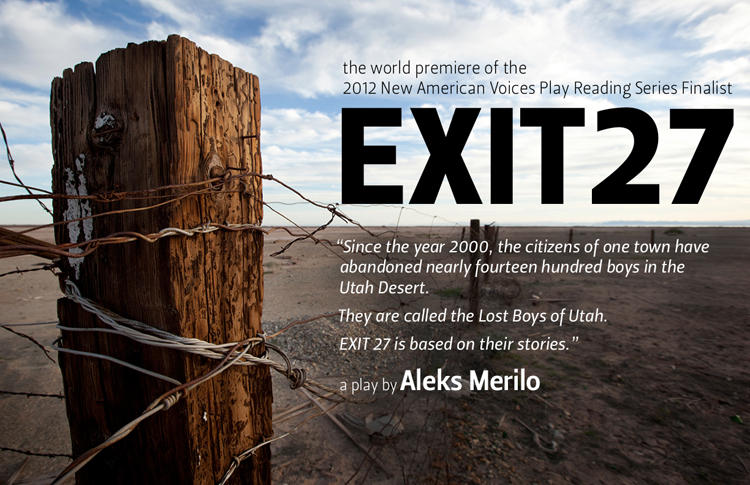