Andrew Lloyd Webber and Tim Rice's masterpiece musical, EVITA tells the true story of Eva Perón, who uses her smarts and charisma to rise meteorically from the slums of Argentina to the presidential mansion as First Lady. Adored by her people as a champion for the poor, she became one of the most powerful women in the world — while her greed, outsized ambition and fragile health made her one of the most tragic. Featuring some of theater's most beautiful songs, including Don't Cry for Me Argentina, Another Suitcase in Another Hall and High Flying, Adored. 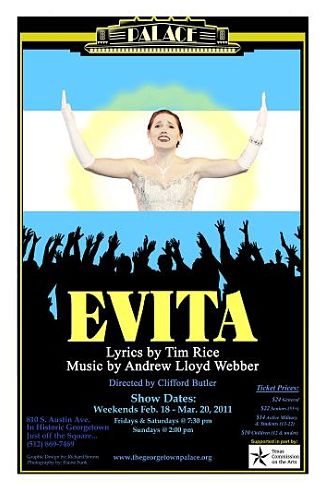