Set in the 1930s, EPIC PROPORTIONS tells the story of two brothers, Benny and Phil, who go to the Arizona desert to be extras in the huge Biblical epic Exeunt Omnes. Things move very quickly in this riotous comedy and before you know it, Phil is directing the movie, and Benny is starring in it. To complicate matters further they both fall in love with Louise, the assistant director in charge of the extras. Along the way there are gladiator battles, the Ten Plagues and a cast of thousands portrayed by four other actors. 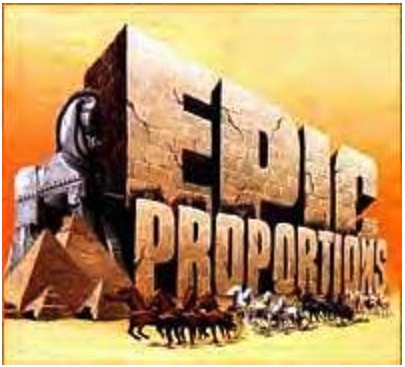