Debbie Does Dallas, the musical
by Doctuh Mistuh Productions 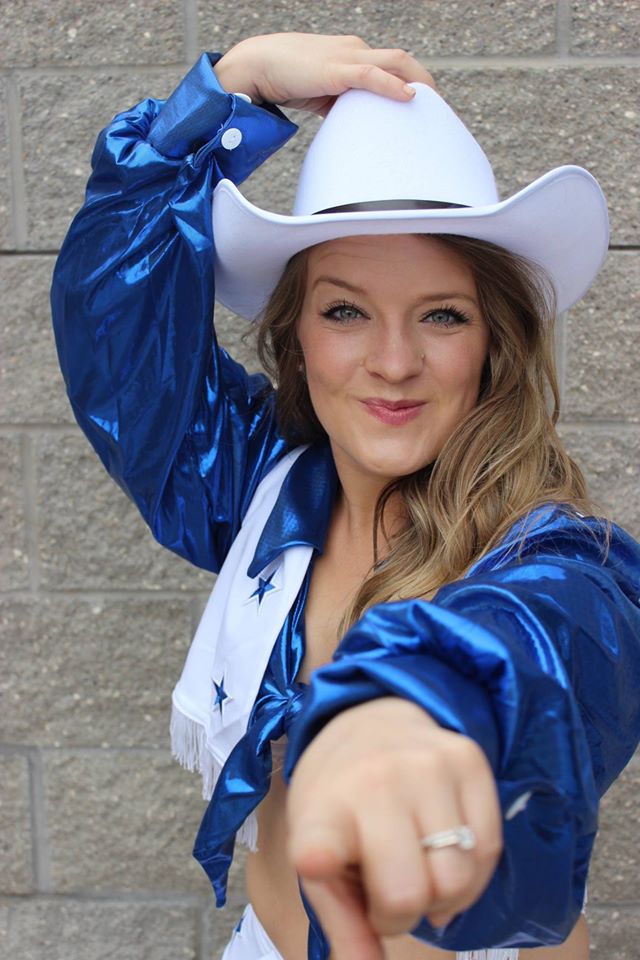 In December, Austin will be filled with loads of holiday entertainment (Christmas Carol at Zach, It's a Wonderful Life from Penfold, Ballet Austin's Nutcracker, Trail of Lights, etc.). In keeping with the season, Doctuh Mistuh Productions will be offering a special Christmas present to the theatre audiences of Austin and our farewell production at SVT....

Debbie Does Dallas is a modern morality tale disguised as the coming-of-age story of all-American small-town sweetheart Debbie Benton. Debbie is captain of her high-school cheerleading team, but she dreams of making it to the big time by becoming a Texas Cowgirl Cheerleader. Unfortunately, the only thing that stands between her and the realization of her dream is bus fare to the big city. Debbie enlists her teammates to try their hands at "little favors" performed with enthusiasm by "good girls." Will it be enough for Debbie to realize her dream and make it all the way to Dallas?  (Adult subjects, NO nudity.)

Debbie Does Dallas: The Musical is an Off-Broadway musical with a book by Susan L. Schwartz, composed by Andrew Sherman, with Tom Kitt and Jonathan Callicutt providing additional music and lyrics. It is based on the 1978 pornographic film Debbie Does Dallas. The musical, like the movie, centers on high schooler Debbie and her friends' attempts to become Dallas Cowboys cheerleaders; however, the musical contains far less sexual content than the movie. Originally Off-Broadway Choreography by Jennifer Cody.

We are doing special theme nights throughout the run with discounted prices if you participate. There will also be a New Year's Party and so much more!!!!! I hope you will join us. 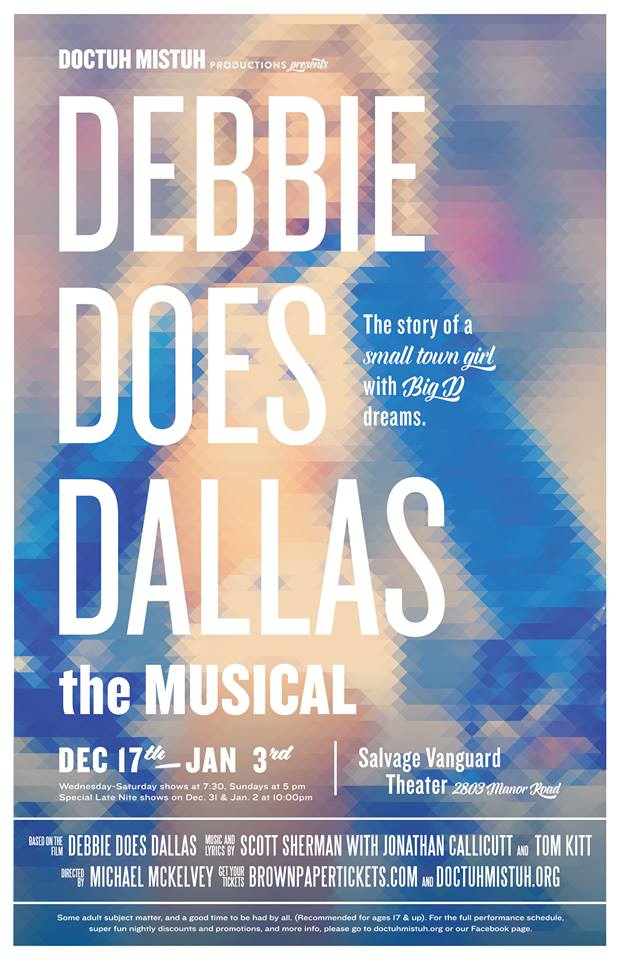 Saturday, Dec. 26 @ 7:30pm Tacky Christmas Sweater Nite
Wear your tacky Xmas sweater or other holiday apparel and get in for $20*

Thursday, Dec. 31 @ 10:00pm New Year's Late Nite Performance and New Year's Party
Ring in the New Year with us. Champagne and food included
in the price of admission.**

* Purchase at the door

** Purchase on line at www.brownpapertickets.com with code: DEBBIE 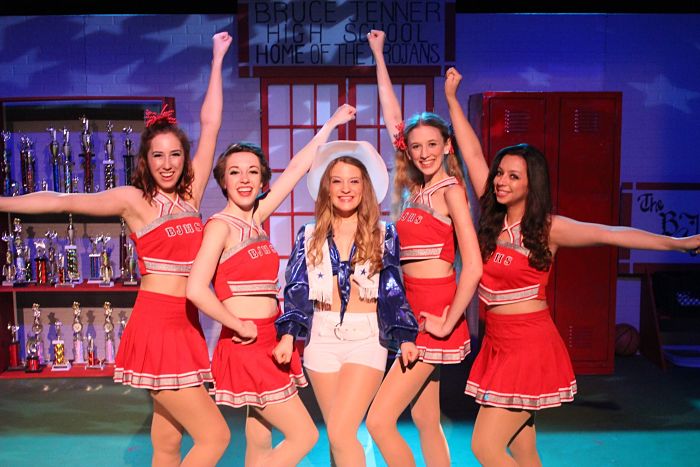 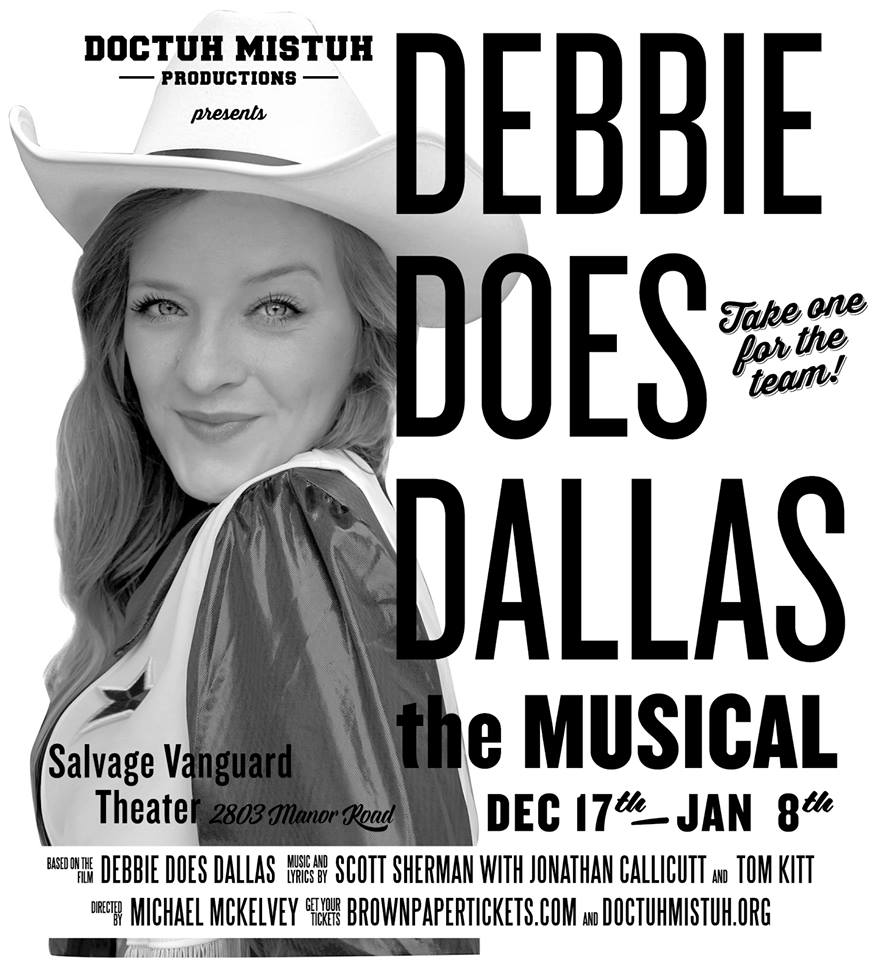 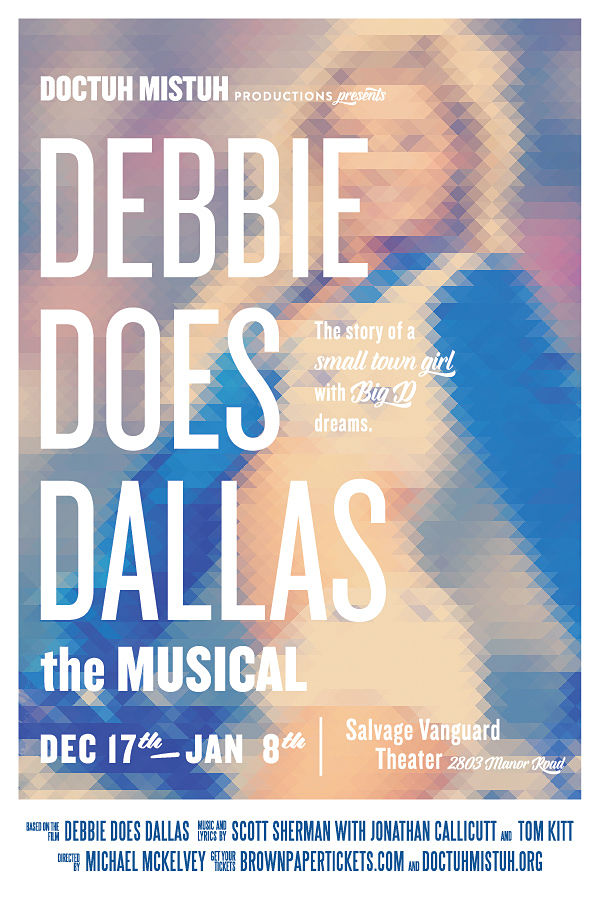