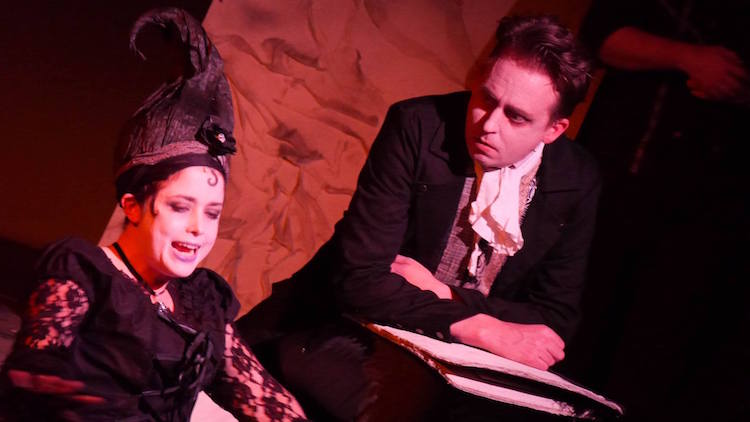 Style, professionalism and top-notch talents -- don’t dare to miss this thrilling evening or your fate may be the same as that of Poe which, in a word, is woe

The mood is somber, almost bleak, the lyrics are enchanting -- “All he loved he loved alone.” The words refer to our titular character who stares thoughtfully or is it mournfully into the abyss of the fourth wall.The words are lifted from Poe’s own poem “Alone” and they capture the dark, black heart of the story of a man wanton of love, friendship and happiness who seems double-crossed by fate every step ... 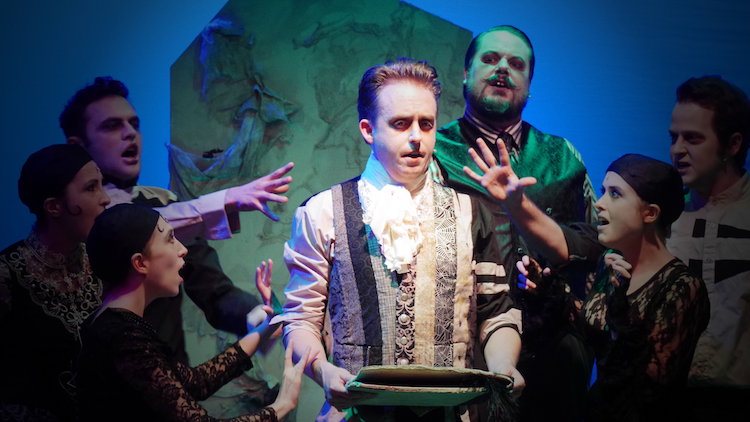 Poe aficionados don’t allow too much messing around with him. Doctuh Mistuh mastered technical issues, transcended with their technique, and gave the audience a satisfying evening of performance art on multiple levels.

Nevermore: The Imaginary Life and Mysterious Death of Edgar Allan Poe is aptly named.  Doctuh Mistuh Productions in association with Austin Playhouse has boldly tackled this new musical by Jonathan Christenson. The scenario is straightforward, almost simple. Edgar Allan Poe (played by Tyler Jones) stands by himself on the deck of a ship returning to New York. Seemingly by chance, a theatrical troupe encounters him there. Poe is in that period of his life ... 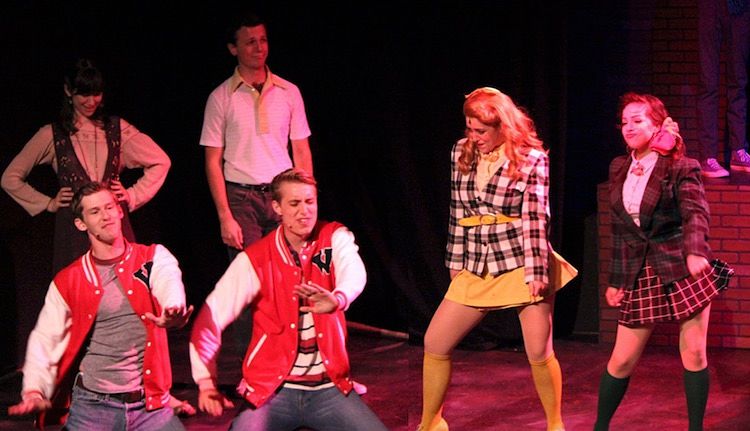 The ultimate curse is on everyone, sung in one line in one song that flew by too fast for most to catch: “You can never really leave high school.” You take your damage with you, along with your diploma.

Heathers is the musical theatre interpretation of the highly successful 1988 movie of the same name. Doctuh Mistuh Productions prides itself on bringing to Austin plays and productions not commonly produced here, and they win again with Heathers.  The stage musical premiered officially in New York in 2014, and this production is certainly its Austin premiere.

The stage musical is if anything darker than the movie, which gained cult status and is ... 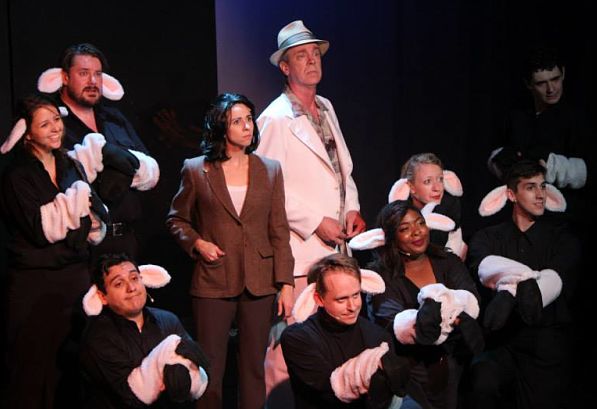 Oh, no!  It’s the musical of Silence of the Lambs!  I hope they don’t hurt it!  Oh, please, the thing is bulletproof and cries out for a stinging parody about cannibalistic, human skin-wearing serial torture-murderers and the daffy FBI agents who chase them. Silence! The Musical has actually been around since 2005, with its music and lyrics written by Jon and Al Kaplan, and book by Hunter Bell.  But now ... 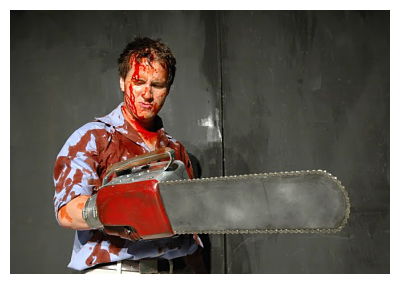 It's outrageous, it's funny, it's a big cartoon in primary colors set to an energetic score and lyrics that offer doo-wop, 80s pop sounds, and up-tempo ballads (e.g., "All The Men In My Life Keep Getting Killed by Candarian Demons").

Michael McKelvey and the cast & crew of Evil Dead, The Musicalhave a hit on their hands, if you take as evidence the turnout on opening night. The scene at the Salvage Vanguard was like trying to load a 747 at a tin-roofed shack in the Caribbean.Michael was astonished. Once he'd gotten the surging, enthusiastic elbow-to-elbow crowd into their places, he told us that as of that afternoon they'd had only 60 seats ...