Bring It On, the musical
by Tex-Arts

Set in the high stakes world of competitive high school cheerleading, Bring It On: The Musical tells the story of Campbell, cheer captain and most popular girl at the uber-affluent Truman High School. Before she can lead her award-winning squad to another win at Nationals, tragedy strikes: School redistricting forces Campbell to transfer to the multi-ethnic Jackson High School. Knocked off her throne as teen queen, Campbell tries to make sense of her new “outsider” status. With a national title on the line, Campbell must convince Danielle, Jackson’s “it-girl” and leader of hip-hop dance troupe The Crew, to start a cheerleading squad and help bring on some sweet revenge. 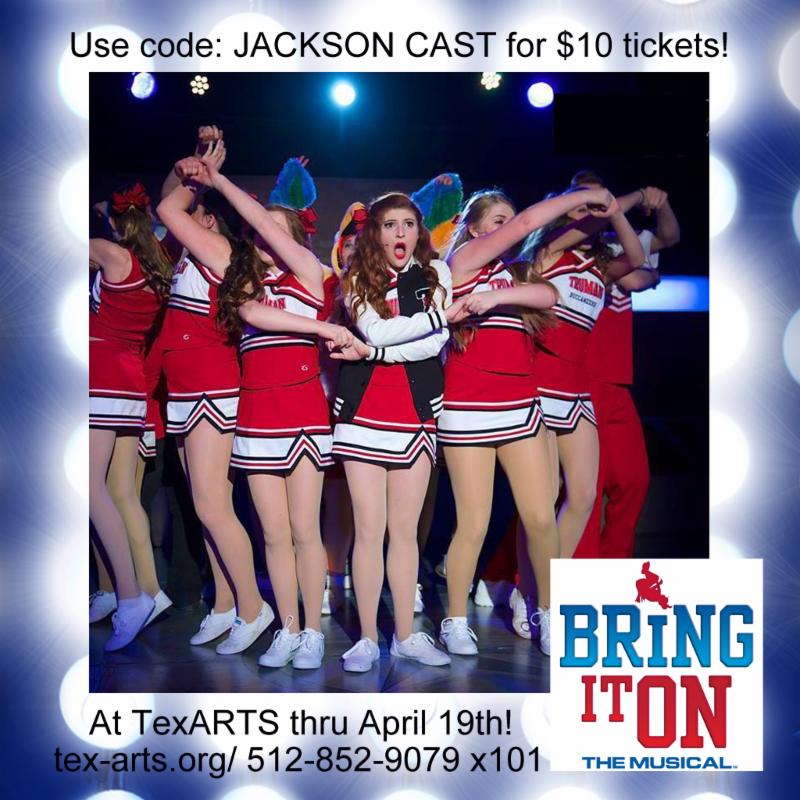 Bring It On, the musical
by Tom Kitt, Jeff Whitty, Lin-Manuel Miranda
Tex-Arts

Tickets $15 plus handling; click to go to select seats and purchase tickets at www.tex-arts.org 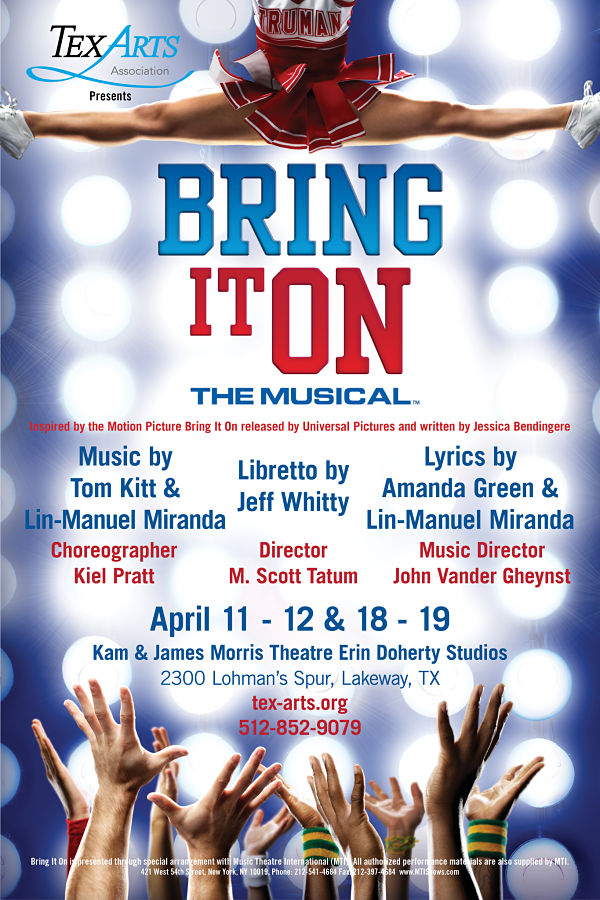