This is a blazing, rip-roaring, pistol packing comedy that is for young and old alike.  The action takes place in the lobby of the Roaring Gulch Hotel, where the hero, Harry Heartstone, is found in hot pursuit of the villain, Snipe Vermin…who just happens to be his twin brother!  It is inevitable that the two should meet in a face-to-face gunfight that takes place in a most interesting manner.  Join our heroine, Willie Lovelace, as her heart battles her head while she search for tru love among mistaken identities.  Boo the bad-hearted Widow Black as she tries to take control of the hotel, the town, and anyone who gets in her way.

Way Off Broadway announces its 14th Annual Melodrama and Fundraiser, “Blazing Guns at Roaring Gulch” by Shubert Fendrich.  The show is directed by Jennifer Luster.  The show will be accompanied by silent auctions (daily and run-of-show), various raffles, and other activities as well as “booing” the villain, cheering the hero, and throwing lots of popcorn!! 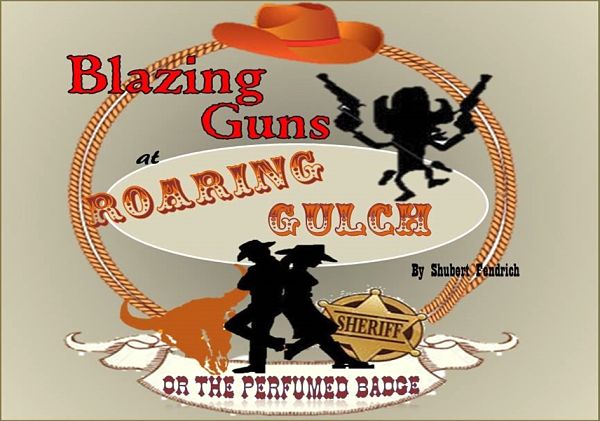