A Shadow Among Strangers
by University of Texas Theatre & Dance

The romance, passion and fears of Edgar Allan Poe are brought to life by actor Lucien Douglas in this dramatic performance that includes The Tell-Tale Heart, The Raven, Eleonora, To Helen, selected letters and more.

Poe had all the promise of becoming a wealthy Southern aristocrat, yet he lived a life of extreme poverty, continually haunted by loss, ambition and a "strange impending doom." Why did he drink? What fascinated him about the death of beautiful women? Why did he marry his thirteen-year-old cousin? What influence did his mother, a great actress, have on his life and work? Douglas takes us on a theatrical journey through the world of one of America's most distinguished writers.

Lucien Douglas has acted in more than 100 roles in numerous venues, including Broadway, Off-Broadway's Roundabout Theatre, The John F. Kennedy Center for the Performing Arts, Virginia Theatre, North Shore Music and Clarence Brown TheatreCompany. Television and film credits include The American Experience - War of the Worlds, Walker Texas Ranger, Another World, One Life to Life, Hallmark Hall of Fame, Miss Congeniality, Man of the House and Sno Cone, Inc. He is also an established voice actor for multiple animations and industrial narrations. His work has received critical acclaim in The New York Times, Time Magazine, Backstage and Women's Wear Daily.

Douglas teaches in the Department of Theatre and Dance at The University of Texas at Austin. He is the recipient of the 2014 Regents' Outstanding Teaching Award and the 2012 College of Fine Arts Distinguished Teaching Award, as well as several additional accolades. Douglas conducts annual workshops for approximately 30 Texas high school drama programs.

He has been a guest director and instructor at The Juilliard School, North Carolina School of the Arts, New York University Graduate Acting Program, Penn State University, Clarence Brown Company at University of Tennessee, University of Wyoming, St. Edward's University, Southwestern University and South Carolina Governor's School for the Arts and Humanities where he is an annual guest artist/teacher.

Douglas holds a Ph.D. in Theatre from Michigan State University, a B.F.A. in Dramatic Arts from the University of Connecticut and a certificate in professional training from the Royal Academy of Dramatic Art (London). He is a member of Actor's Equity Association and SAG-AFTRA.

Admission is free; seating is limited.

Discounted parking ($6) can be purchased online at: https://utcofaparking.clickandpark.com/venue. Select "College of Fine Arts" as your venue to find links to parking for this event. The discounted parking is only available online until 10:00 p.m. the day prior to the event.

$12 Event Parking is also available for purchase in-person on the day of your event at the entrances to the surrounding surface lots and garages. 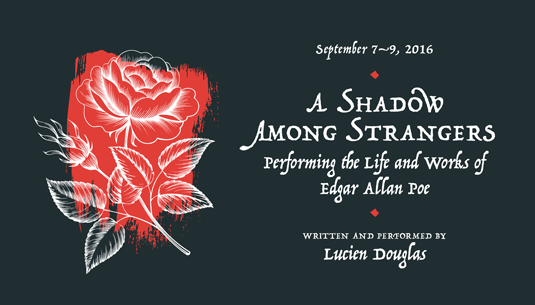