Rich, bored Matthew vows to kill his rich, bored wife, Julia, so he can become a jet setter like his friend who recently lost his wife. And so the game begins - a hilarious year-long match of wits and the witless. It seems that Matthew is successful in murdering everyone but Julia. There are several mysterious deaths that occur on the grounds of the family estate, a butler who is not what he seems, a detective who can't buy a clue, That is, not until future son-in-law Donald stumbles upon Julia and gentlemanly butler Buttram in what is perceived to be a compromising situation. He jumps to the conclusion that Julia is the murderer - trying to murder Matthew! Adding to the confusion are two innocents, Donald and daughter Bunny, (sort of) caught in the hilarity as they plan their wedding. It ends in a nice bang and with a bit of a message about the importance of love. A spoof of and love letter to the screwball comedies of the 1930s and to stage mysteries in general. This is an evening full of witty dialogue and slapstick comedy. 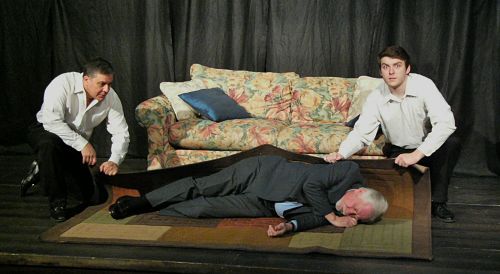 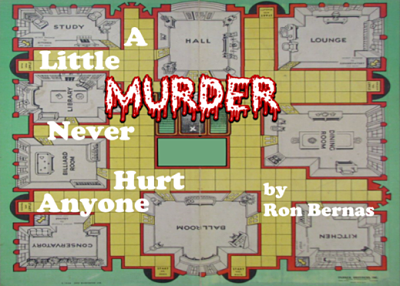