A Few Good Men
by Tex-Arts

The TexARTS Professional Series presents the Aaron Sorkin drama A Few Good Men at the Kam and James Morris Theatre, October 7 – 16, 2016. First produced on Broadway in 1989 and inspiring an Academy Award-nominated film of the same name, Aaron Sorkin’s A Few Good Men tells the story of military lawyers at a court-martial who uncover a high-level conspiracy in the course of defending their clients, two United States Marines accused of murder. Based on events that took place at Guantanamo Bay Naval Base in July 1986, A Few Good Men is a riveting courtroom drama that investigates both the nature of our military mentality and the Marine code of honor.

Industry performance on Sunday, Oct. 9 at 2 p.m.  Use the code INDUSTRY to receive 50% off your tickets.  Tickets can be purchased online at: http://www.tex-arts.org/professional/a-few-good-men.aspx

All performances will be held at the intimate Kam and James Morris Theatre at TexARTS’ Erin Doherty Studios, 2300 Lohman's Spur, Suite #160, Lakeway, TX. The lounge opens one hour prior to curtain and offers beer, wine and light snacks. Parking is free. 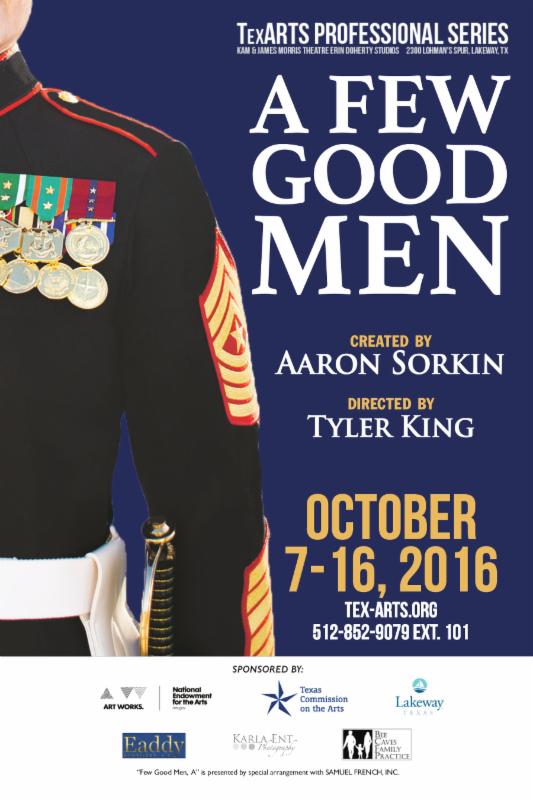 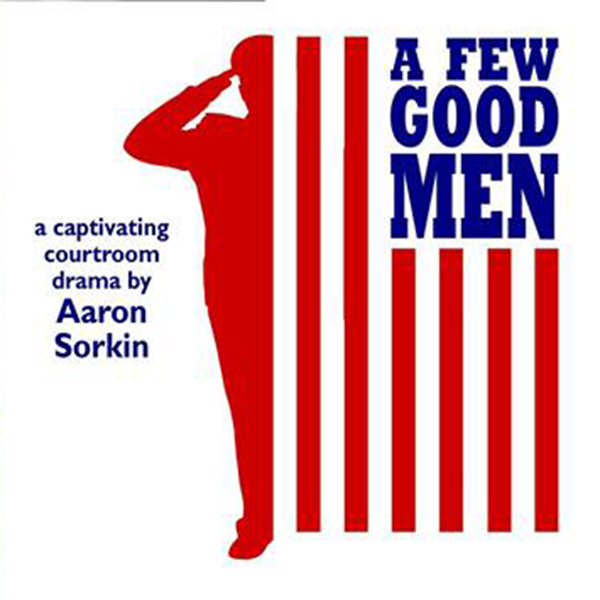