MISERY follows successful romance novelist Paul Sheldon, who is rescued from a car crash by his “number one fan,” Annie Wilkes, and wakes up captive in her secluded home. While Paul is convalescing, Annie reads his latest book and becomes enraged when she discovers the author has killed off her favorite character, Misery Chastain. Annie forces Paul to write a new Misery novel, and he quickly realizes Annie has no intention of letting him go anywhere. The irate Annie has Paul writing as if his life depends on it, and it does.

*Play for mature audiences, so will have some disturbing violent scenes, descriptions, and language.

Misery
by William Goldman, based on a novel by Stephen King
Bastrop Opera House

One Sunday afternoon performance  at 2 p.m. on October  30. 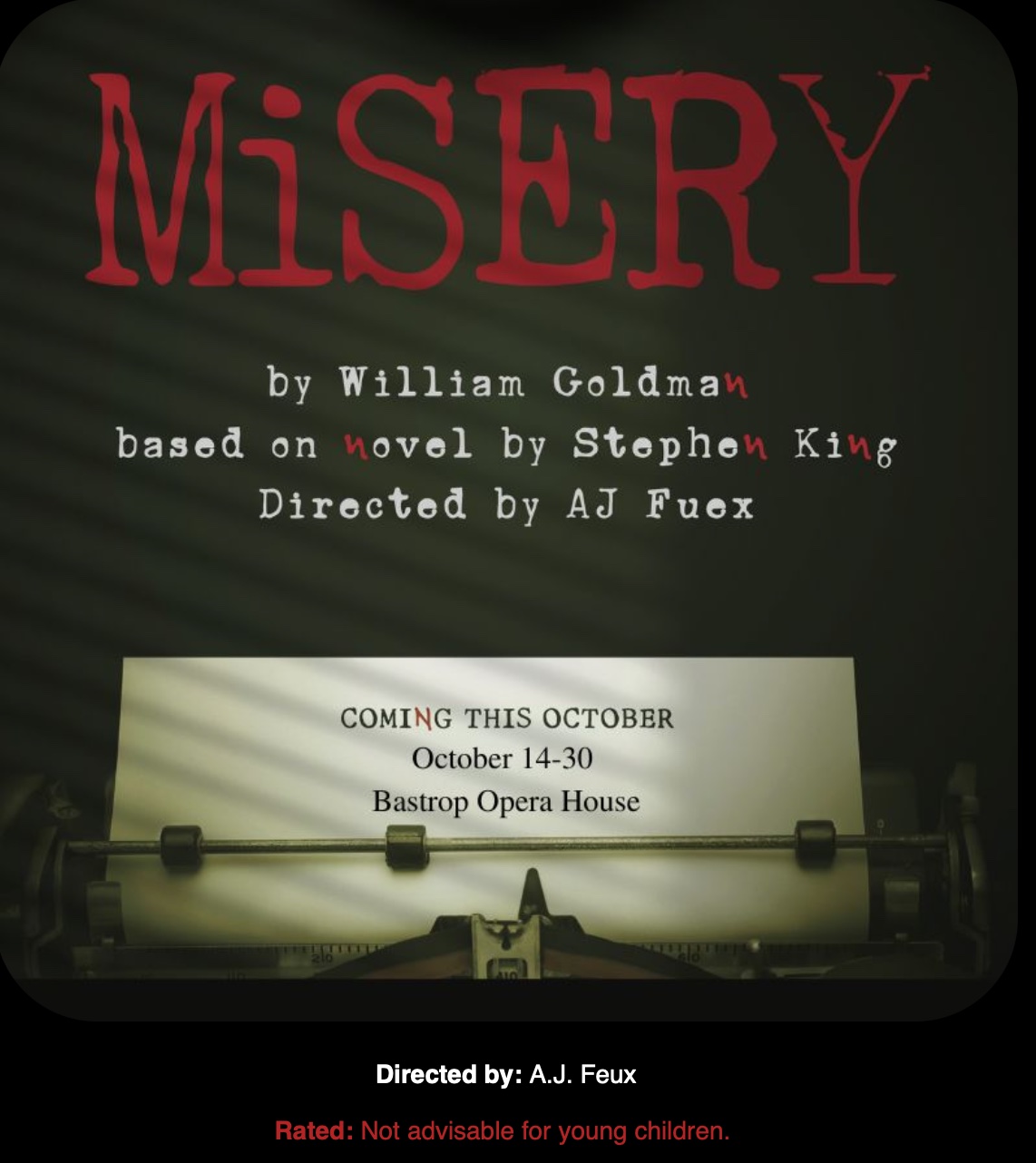