Chitty Chitty Bang Bang is one family-friendly blockbuster that audiences will find “Truly Scrumptious.” An eccentric inventor, Caractacus Potts sets about restoring an old race car from a scrap heap with the help of his children, Jeremy and Jemima. They soon discover the car has magical properties, including the ability to float and take flight. Trouble occurs when the evil Baron Bomburst desires the magic car for himself. The family joins forces with Truly Scrumptious and Grandpa Potts to outwit the dastardly Baron and Baroness and their villainous henchman, the Child Catcher. Filled with amazing stage spectacle and unforgettable songs, Chitty Chitty Bang Bang is a high-flying, fun-filled adventure for the entire family. The large cast and opportunities for true stage magic make this a challenging, but highly rewarding, show.

Chitty Chitty Bang Bang, also known as Chitty the Musical, is a stage musical based on the 1968 film produced by Albert R. Broccoli. The music and lyrics were written by Richard and Robert Sherman with book by Jeremy Sams.

The story isl adapted from Ian Fleming's book for children. It's about a widowed inventor who takes his children on an adventure in a flying car. The show, which premiered in 2002, includes the songs "Me Ol' Bamboo," "Truly Scrumptious" and the title tune.

Tickets will be available at the website of the Uvalde Operahouse.   (February 24, 2022) 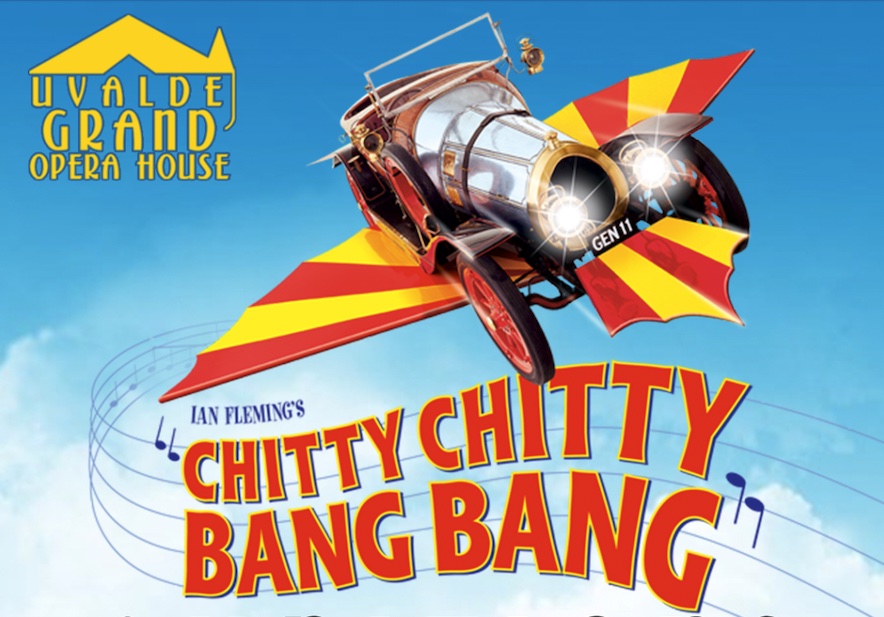 The Uvalde Grand Opera House was built in 1891, and is the second oldest opera house in the state of Texas. It was designed by architect B. F. Trester, the …