Venus in Fur
by Way Off Broadway Community Players

Thomas, a beleaguered playwright/director, is desperate to find an actress to play Vanda, the female lead in his adaptation of the classic sadomasochistic tale Venus in Fur. Into his empty audition room walks a vulgar and equally desperate actress—oddly enough, named Vanda. Though utterly wrong for the sophisticated part, Vanda exhibits a strange command of the material, piquing Thomas’ interest with her seductive talents and secretive manner. As the two work through the script, they blur the line between play and reality, entering into an increasingly serious game of submission and domination that only one of them can win.

In partnership with Leanderthal Distilling, Way Off Broadway Community Players is proud to present "Venus in Fur" by David Ives. Produced and Directed by Nick Wigg & Johnny Revicki.

Performances will be on July 29-31 and August 5-7, 2022 (Friday and Saturday evenings, as well as  Saturday and Sunday matinees both weekends) at Leanderthal Distilling in Leander, TX.

Every ticket purchased allows entry for one person. There is limited bar seating and table seating. You will be sharing tables with other ticket holders if you do not have 4 people. Must be over 21 to attend. 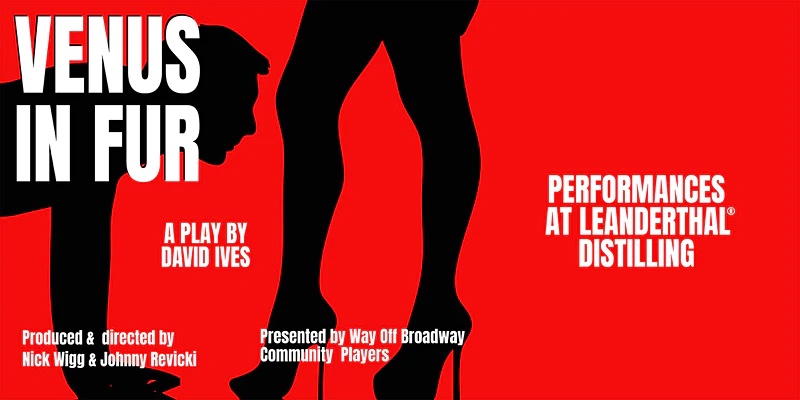