The Taming of the Shrew
by Way Off Broadway Community Players

The origins of Shakespeare’s Elizabethan theater can be found in the traveling player tradition. They traveled light and there was little chance of props other than items like swords. Performances were often on the balconies or courtyards of inns, in the open air--not unlike Smooth Village today!

Before the play begins, Christopher Sly, a ne’er do well, is being teased by some children and a barmaid.  They play a trick on him convincing him he is the King of Texas and that the play is being performed in his honor: 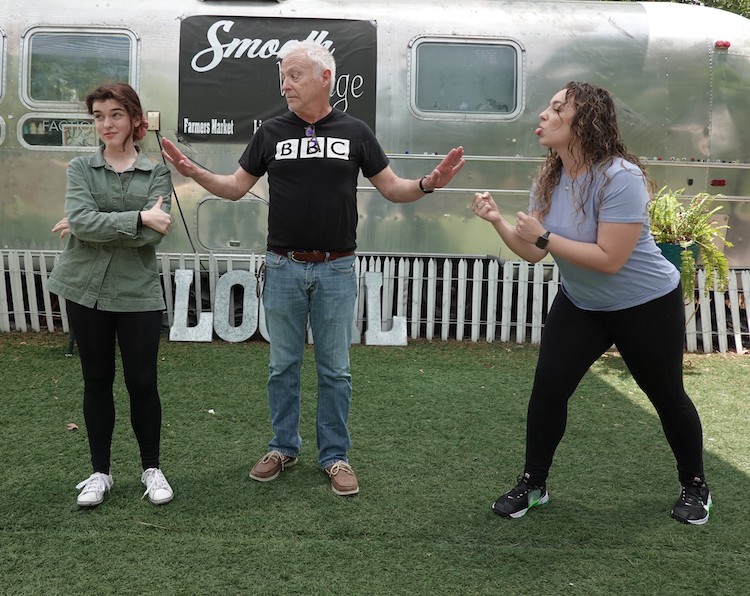 Baptista, a rich gentleman of Padua, has two daughters. The elder, Katharina or Kate, is known throughout Padua as Kate the Shrew because she is bad-tempered, feisty and outspoken.  Baptista's younger daughter, Bianca, in contrast appears gentle and sweet; she has two suitors, Hortensio and Gremio. However, Baptista won't let Bianca get married until someone agrees to marry Katherina first.

Two visitors to Padua arrive with their servants. The first, Lucentio, instantly falls in love with Bianca, and disguises himself as a teacher so he can see her more often. The second visitor, Petruchio, has come to Padua in search of a rich wife and hears that Kate is rich and pretty, but has an awful temper. Petruchio resolves to marry this famous wildcat and teach her how to be an agreeable wife. Baptista, with some misgivings, gives his permission.

And, as Grumio says, “And thereby hangs a tale.”  A tale that has become the template for all the “battle of the sexes” comedies that followed over the next 400 years.

The play will be directed by Peg Patrone, assisted by Patrick McElhinney. 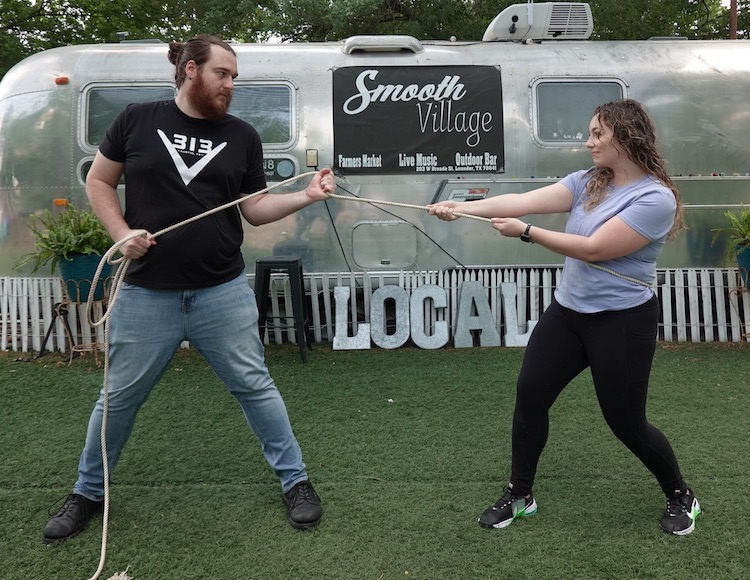 The show will be presented outdoors at Smooth Village, 203 W. Broade Street, in Olde Town Leander.  The show will run for 2 weekends beginning Thursday, June 9 and running June 9, 10, and 16, 17 at 7 pm and Sunday June 12 and 19 at 3 pm. Please note that there will be no Saturday evening performances.  While there will be limited seating available, you should plan to bring your lawn chair.

Tickets are $15 and are available on line at wobcp.org.  Check in at the bar to receive your wrist band.  The bar will be open (except Sunday) and there will be food trucks available.  Please, no outside food. 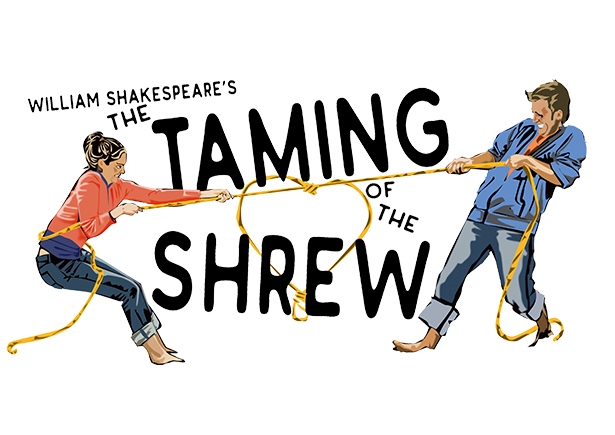