A sidesplitting sendup of greed, love, revolution (and musicals!), in a time when water is worth its weight in gold. Winner of three Tony Awards, Urinetown is a hilarious musical satire of the legal system, capitalism, social irresponsibility, populism, bureaucracy, corporate mismanagement, municipal politics, and musical theatre itself! Hilariously funny and touchingly honest.

In a Gotham-like city, a terrible water shortage, caused by a 20-year drought, has led to a government-enforced ban on private toilets. The citizens must use public amenities, regulated by a single malevolent company that profits by charging admission for one of humanity's most basic needs. Amid the people, a hero decides that he's had enough and plans a revolution to lead them to freedom! 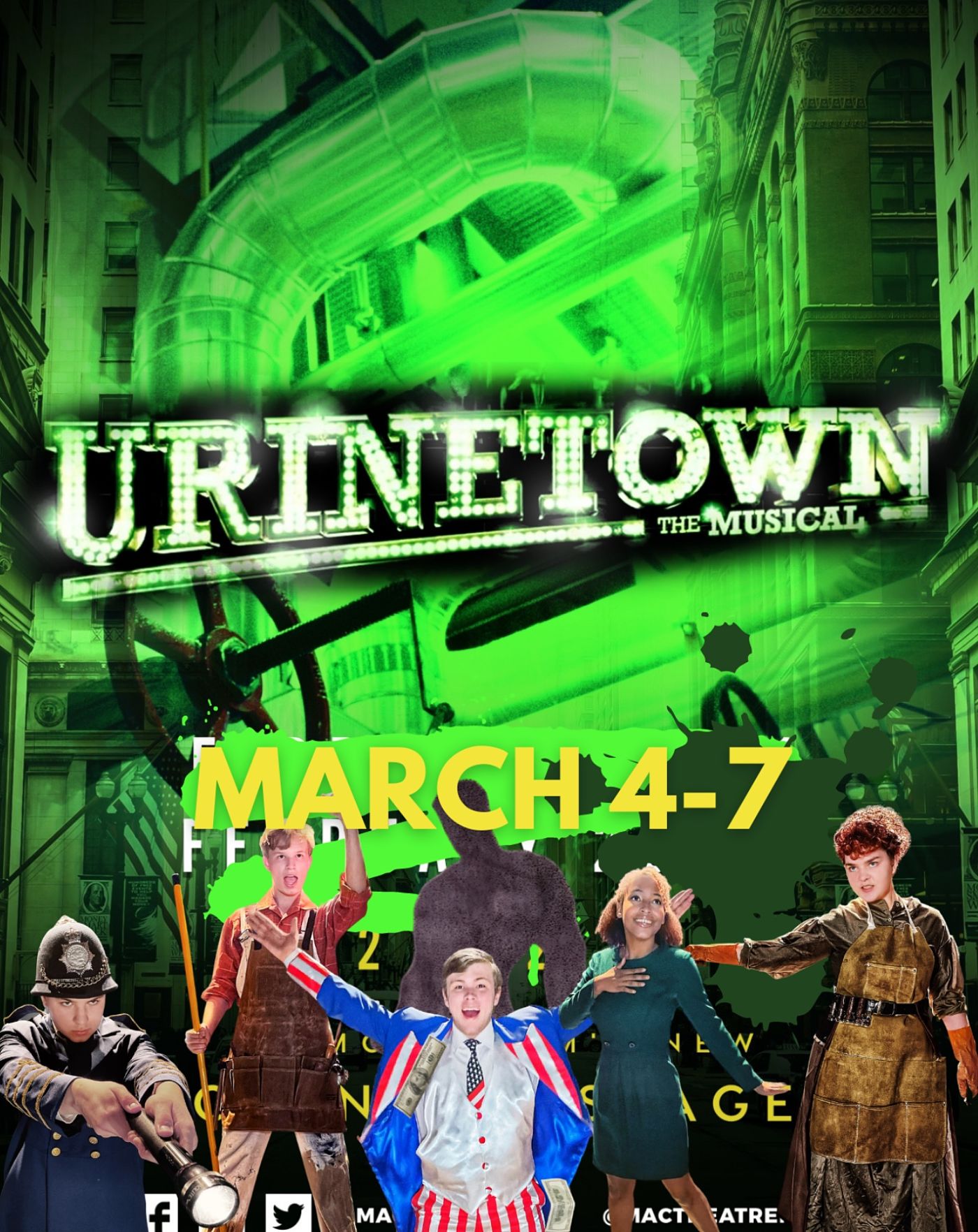