With situations that feel ripped from the headlines, good friday renegotiates the intersection of gun violence and sexual assault. The one-act play takes place inside an academic lecture hall as an active shooter storms the campus. Tweets fly and tensions rise as five women struggle to make sense of the situation. As more information unfolds, the question remains: What is the real cost of revolution?

After select performances, audiences are invited to attend VORTEX Connects, a 30-minute talkback discussion lead by mental health and sexual assault experts. Representatives from SAFE Alliance will provide information about local resources in the lobby during all performances.

“I was drawn to producing and directing this play because of its unabashed and honest approach to our current trauma-filled world,” artistic director Simone Alexander said. “In this story, Kristiana has created these passionate and fierce women whose differences of opinion and approach are put to the test at the crossroads of several intersections. It challenges our own community awareness and activism around these epidemic issues, or lack thereof.”

The ricochet of bullets breaks the hush of academia’s ivory halls and four students and a teacher are trapped in a classroom. Attempts to remain calm are shattered by each new wave of terror and tension coils to the point of asphyxia. good friday tackles millennnial feminism and the intersection of gun violence and sexual violence. 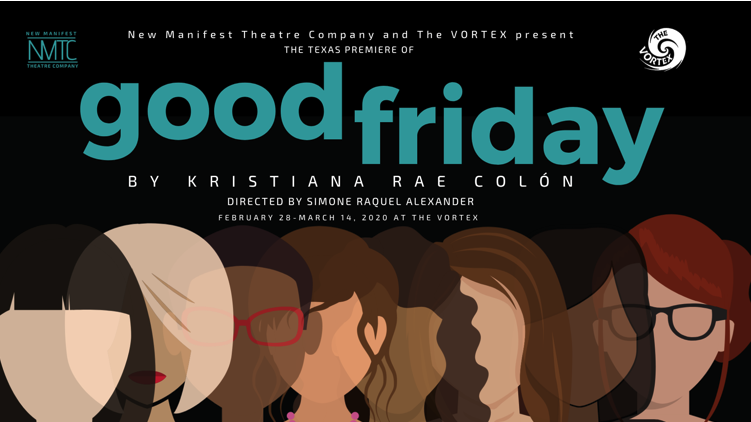