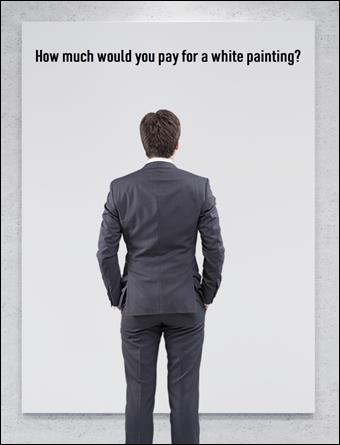 “You’re supposed to be my friend, what sort of a friend are you, Serge, if you don’t think your friends are special?” – Marc, ‘ART’

How much would you pay for a white painting? This odd question sparks a firestorm in Yasmina Reza’s Tony- and Olivier-Award-winning comedic masterpiece about the lives of three old friends, the meaning of art and life, and the lengths we go – however, joyful, painful, or maddening – to protect those we care about. Marc’s friend, Serge has bought a white painting. Simple. But to Marc, the painting is a joke and he expresses that fully. Serge doesn’t take this reaction well, and confronts Marc on many things, among those, his lack of standards to judge art. And so, the battle begins. Another friend, the hapless Yvan, gets pulled into the quarrel, whose tepid attempts at peacemaking only add fuel to the fire, and a hilarious-yet-poignant battle ensues that threatens to destroy their friendship.

‘ART’ is an intelligent play about a simple piece of art becoming an external representation of inner values; the perfect marriage between Moliere and Woody Allen, a nonstop crossfire of crackling language, biting humor, and the fragile, feeling hearts that make us who we are. Called “one of the best contemporary comedies, period!”

"Anyone looking for a play that is funny, sophisticated, stimulating and moving should go to ‘ART’." —Independent. “wildly funny, naughtily provocative" —NY Post.

The Playwright. Yasmina Reza is an acclaimed French playwright, actress, novelist, and screenwriter. Her first play, Conversations after a Burial, won her the Best Author Moliere Award and the New Writer Award in 1987. She continued her writing and, in 1996, gained worldwide success when her play ‘ART’ garnered numerous awards and has since been produced worldwide and translated and performed in more than 30 languages. In 2009, she continued her success with the play God of Carnage which also won the Olivier Award and the Tony Award for Best Play. Her more recent successes Life X 3 and A Spanish Play have been produced in theatres throughout Europe, North American, and Australia. More about the playwright by Don Leavitt.

The Cast and Creative Team. The Austin production features the all-star cast of City Theatre veterans Scott Poppaw (The Normal Heart, Love! Valour! Compassion!) Marc Balester (A Midsummer Night’s Dream, Waiting for Godot) and J. Kevin Smith (Glengarry Glen Ross, The Taming of the Shrew). Director Andy Berkovsky leads the production with his 14th year as Artistic Director of The City Theatre Company, which he founded in 2006. He has directed August: Osage County, Parallel Lives, Three Tall Women, 5 Lesbians Eating a Quiche, Frozen, Reckless, Death of a Salesman, Cabaret, Into the Woods, and the B. Iden Payne and Critics Table Awards nominated Agnes of God, The Grapes of Wrath, Glengarry Glen Ross, The Boys Next Door, and Love Alone.

The City Theatre Company is excited to be celebrating its 14th anniversary season of live theatre entertainment in Austin. CTC is an Austin-based, not-for-profit arts organization and is sponsored in part by the Austin Creative Alliance and the Austin Cultural Arts Division. Founded in 2006, the company has been recognized by the Austin Critics Table Awards, the B. Iden Payne Awards, the Central Texas Excellence in Theatre Awards, Austin Live Theatre, BroadwayWorld Austin and has twice been voted “Best Theatre Company” by Austin American-Statesman’s Austin 360. CTC is dedicated in providing a quality, reputable, and diverse public theatre and stage entertainment experience that is accessible to all artists and the entire Austin community. CTC offers its discount ticket program with $10 Thursday seats and $12 student seats for any show. The ticket discount is available throughout the 2019 - 2020 season. Put a little theatre in your life! 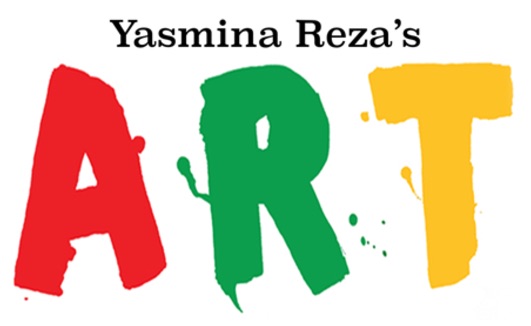