Keep your 2019 holiday season going strong with lots of la – la – la – laughter as City Theatre Austin brings back the hit southern comedy A Tuna Christmas, the show with two actors, twenty-two characters and so much holiday small-town fun you don’t want to miss.

The worst Christmas of all was the year Hank got out of prison but didn’t bother to tell anybody.- Tuna citizen, Bertha Bumiller 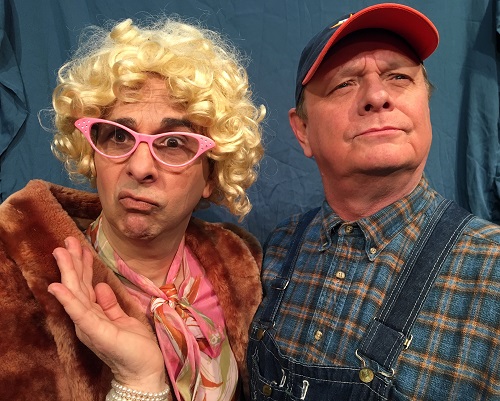 Everything's bigger in Texas, including the folks and family we all know and love! It’s Christmas Eve in the Lone Star state and radio station personalities Thurston Wheelis and Arles Struvie report local news on the Yuletide activities that have gripped their little whistle-stop of Tuna, the third smallest town in Texas, where the Lion's Club is too liberal, and Patsy Cline never dies. What’s to be done about Joe Bob Lipsey’s disastrous Christmas Carol pageant, a sabotaged yard-decorating contest, and a mysterious phantom on the loose and spreading havoc? With quick-change zaniness and quicksilver one-liners, CTC all-star actors Scot Friedman and Rick Smith introduce us to twenty-two of the wildest citizens of one zany town bringing all the “joy to the world” that make the holidays so special. Oh, holy night!

A Tuna Christmas...everything you need it to be. The result is a magical Christmas experience with a sweet sense of nostalgia – theatre ‘comfort food’.”-- Broadway World Austin.

"The hilarity never lets up." -- The Village Voice

A Tuna Christmas is the second in a series of comedies including the hit Greater Tuna, Red, White and Tuna, and Tuna Does Vegas each set in the fictional town of Tuna, Texas. The plays are at once an affectionate comment on small-town, southern life and attitudes, but also a withering satire of the same. For each show, the original writing is notable in that two men play the entire cast of over twenty characters of multiple genders, ages, and eccentricities. The first play, Greater Tuna, debuted in 1981 in Austin, Texas with A Tuna Christmas debuting in 1989. Jaston Williams and Joe Sears regularly tour the country to perform all four plays, with Ed Howard directing. Sears and Williams did command performances of both Greater Tuna and A Tuna Christmasat the White House for President George H.W. Bush and First lady Barbara Bush. 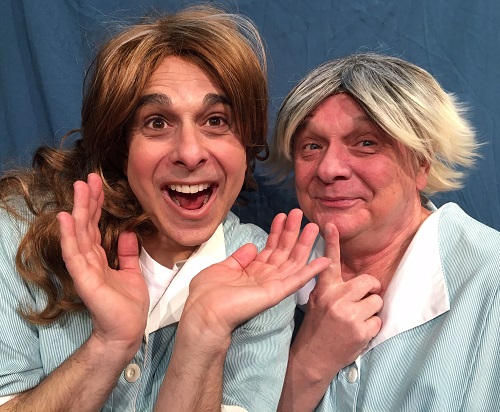 A Tuna Christmas will once again pair up the dynamic duo Scot Friedman and Rick Smith, who appeared opposite each other as Felix and Oscar in the highly successful The Odd Couple, as well as appearing together in the Austin Critic’s Table Award nominated The Seafarer. Costumes are designed by the creative Christina L. Manley, along with the numerous wigs for the production. Scenic Design is by Andy Berkovsky, and the lighting-fast Costume Crew is headed up by Larry Oliver.

The City Theatre Company is excited to be celebrating its 14th anniversary season of live theatre entertainment in Austin. CTC is an Austin-based, not-for-profit arts organization and is sponsored in part by the Austin Creative Alliance and the Austin Cultural Arts Division. Founded in 2006, the company has been recognized by the Austin Critics Table Awards, the B. Iden Payne Awards, the Central Texas Excellence in Theatre Awards, Austin Live Theatre, BroadwayWorld Austin and has twice been voted “Best Theatre Company” by Austin American-Statesman’s Austin 360. CTC is dedicated in providing a quality, reputable, and diverse public theatre and stage entertainment experience that is accessible to all artists and the entire Austin community. CTC offers its discount ticket program with $10 Thursday seats and $12 student seats for any show. The ticket discount is available throughout the 2019 - 2020 season. Put a little theatre in your life! 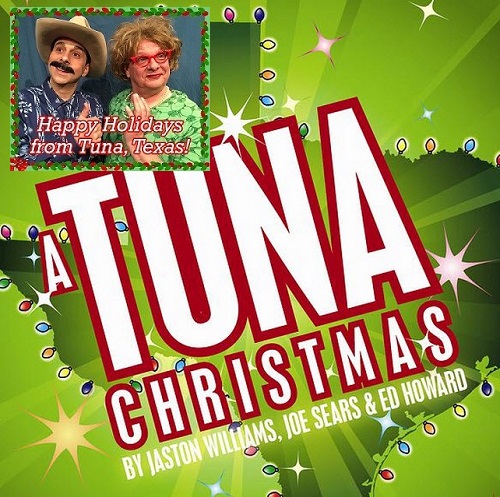