Robert Mueller, played by Austin Arts Hall of Fame inductee Ken Webster,  with some help from a rotation of local all-star actors will bring to life the special counsel’s two volume, 400+ page report onstage at Hyde Park Theatre in a staged reading of some of the highlights from the former FBI director’s report.

Come and see all your favorite characters like Kellyanne, Don Jr, lots of Russians, and Trump himself onstage in only 9 performances.  Divided into two volumes but presented on the same night, the staged reading includes the Mueller teams’ assessment of Russian interference as well as the President’s efforts to obstruct the investigation into his campaign.  It will surely be an eye opening, informative, entertaining night of theatre. 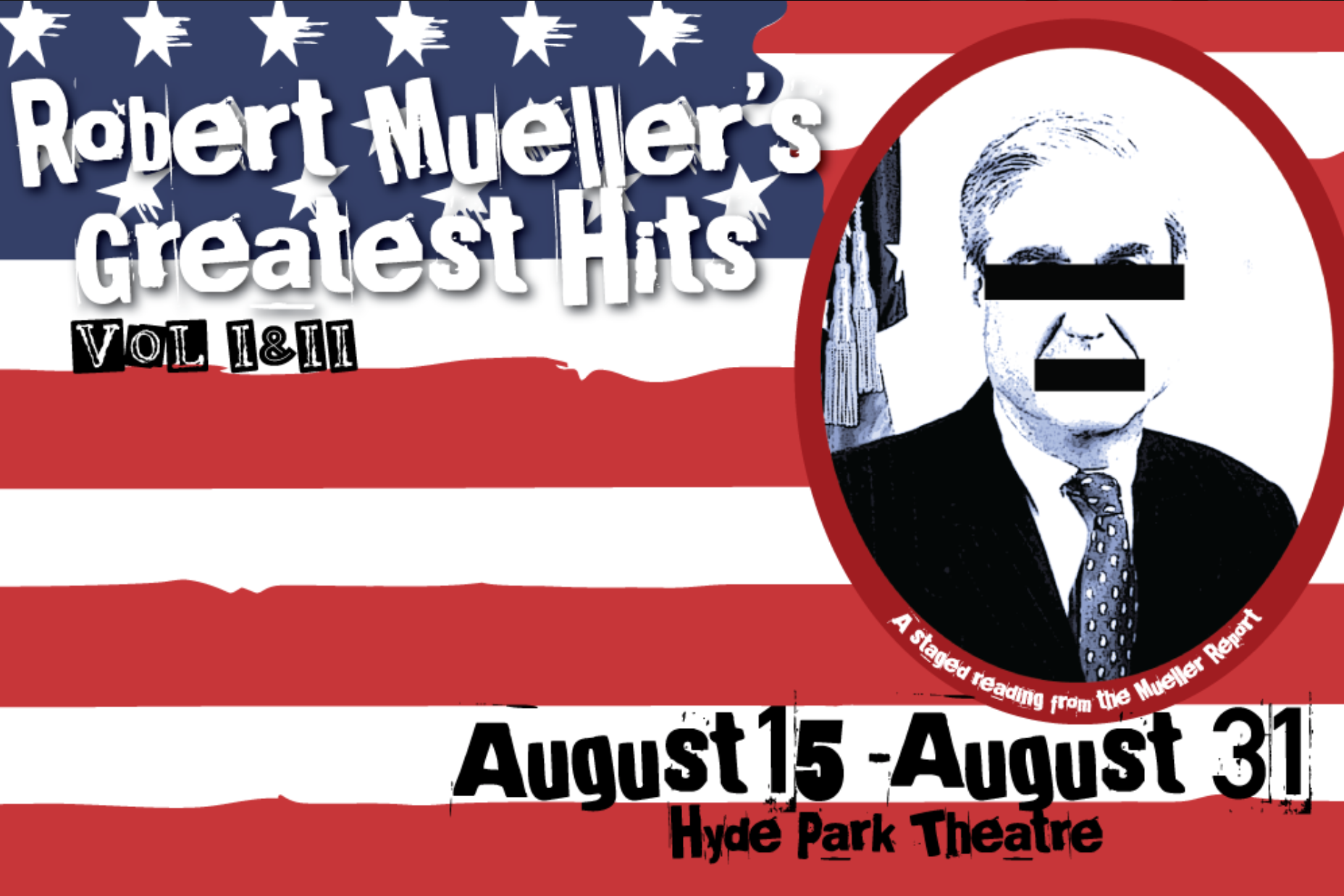