This is NOT your fanboy’s “Star Wars.”

This year, celebrate May The Fourth AND Cinco De Mayo with Emmy-nominated sketch group The Latino Comedy Project in a comedy fiesta set “not long ago, in a barrio just around the way…”

After acclaimed, sold-out performances from Texas to California of its last show “Gentrif*cked,” The Latino Comedy Project (LCP) continues its two-decade anniversary celebration with "¡Estar Guars!: A May The Fourth/Cinco De Mayo Comedy Fiesta.”

In “¡Estar Guars!," the LCP asks the question: What would Star Wars have looked like if George Lucas had been JORGE Lucas?

In the first of what will become an annual geek event, “¡Estar Guars!: A May The Fourth/Cinco De Mayo Comedy Fiesta” promises a one-of-a-kind live multimedia comedy show full of high adventure, swashbuckling duels, and adorable furry brown creatures speaking in exotic alien tongues - like Spanglish! Don’t miss it!

Feature by Savannah J. Salazar in The Austin Chronicle, May 1, 2019

ABOUT THE LATINO COMEDY PROJECT

The Latino Comedy Project is an Emmy-nominated sketch troupe known for its political and pop culture satire in full-length, award-winning multimedia shows. The LCP’s YouTube comedy videos have amassed over 14 million views worldwide. The LCP cast also developed, wrote and starred in an MTV3 comedy branding campaign for which the group received an Emmy nomination.

The San Francisco Chronicle hailed the LCP as “hilarious” and “murderously funny.” The Austin Chronicle called the LCP "Hysterical...Snappy writing, immaculate timing, and an animated cast." The Austin American-Statesman said of the LCP, "Bitingly original sketch comedy is alive and well and Latin."

Tickets $20 plus service fees via 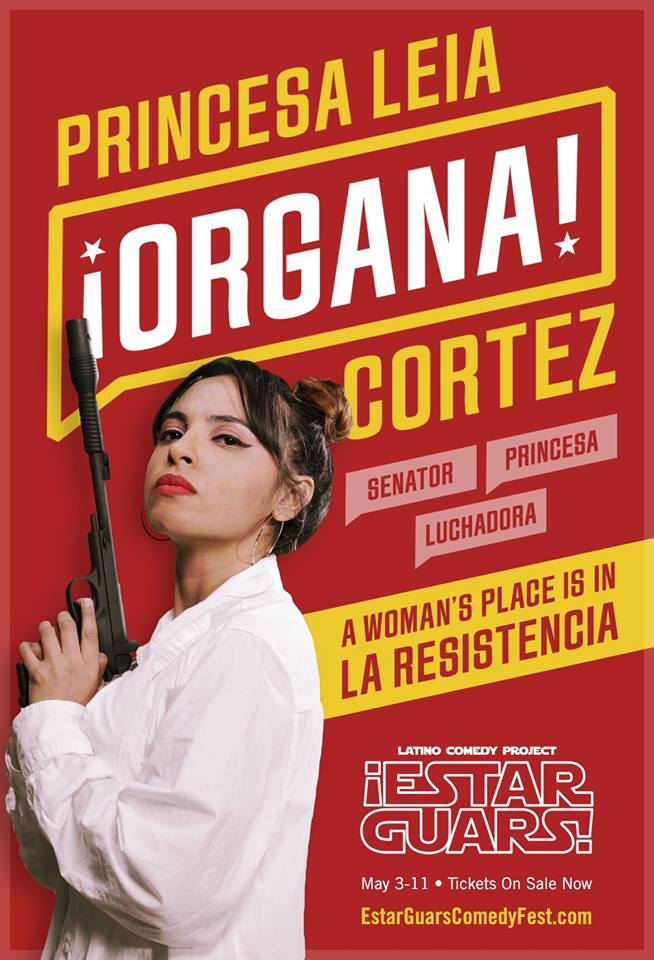